With the new update being added, Google Calendar Now Lets You Record Where You Work to Help Organize Meetings. An option is being added to show where you work on any given day of the week. This news was officially announced by the company. 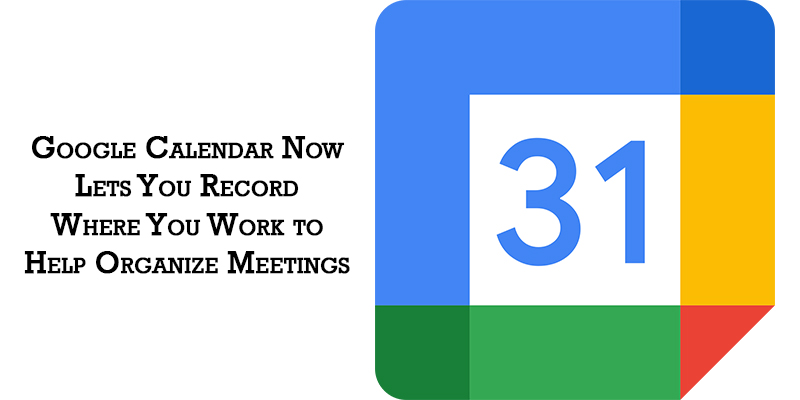 This feature is to begin rolling out from the 30th of August for users on select Google Workspace plans and it will be accessible on the Calendar’s settings menu alongside its already existing working hours option. It will also be alongside the weekly calendar view below where it shows each day’s date.

With the introduction of the new feature, the available work options include “Office”, “Home”, “Unspecified” or “Somewhere else”. According to the company (Google), the option is being added to make it easier to plan in-person collaboration or set expectations in a hybrid workplace. This follows a surge in the popularity of home and hybrid working due to the pandemic.

What this means is that employees have had to keep track of not just people’s working hours but also their location in the event of planning in-person meetings and other events and it keep increasing. It is believed that the new Calendar feature should help in these cases.

Will this New Feature be Enabled by Default?

According to Google, the new working locations feature will be switched off by default. However, users will have the option of enabling it after it starts to roll out on the 30th of August 2021. This feature will be available on Google Workspace

Take note that the feature will not be available for G Suite Basic customers as well as customers on the Google Workspace Essentials, Business Starter, Enterprise Essentials, and Education Fundamentals plans.

Once Google Calendar has been downloaded and installed on your device and you have a Google workspace plan that supports the feature, you can begin making use of it as soon as it rolls out. We hope you got all the information you needed in this article.