Verizon and AT&T offer to temporarily lower 5G’s power to avoid aircraft interference. As the Federal Aviation Administration continues examining whether mid-band 5G spectrum could pose a risk to aircraft safety systems, Verizon and AT&T have offered to dial back the power coming from 5G cell towers for a period of six months to ease any industry concerns. 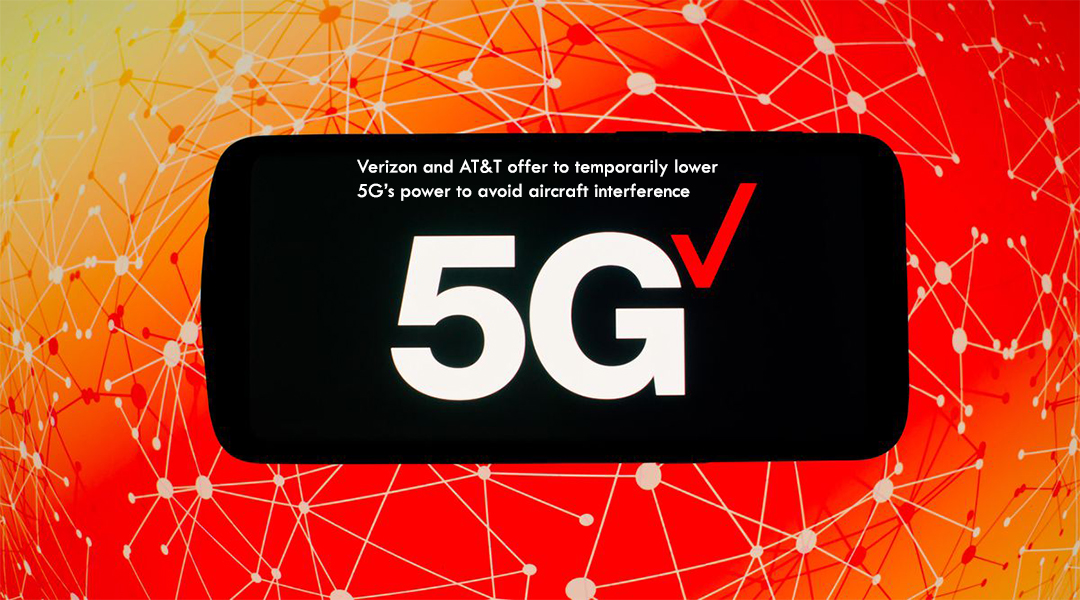 Both carriers are preparing to launch crucial upgrades to their respective 5G networks using the spectrum acquired in the C-band auction. This will lead to more robust 5G connectivity and faster speeds compared to the base-level 5G experience that Verizon and AT&T currently offer today.

In early November, both companies agreed to push back the rollout by an additional month to January 2022. In a letter sent to the FCC today, they made clear that they’ll be moving forward with the planned mid-band 5G launch at that time.

“This spectrum will be the backbone of our 5G networks for many years to come,” the companies said in the letter, as reported by The Wall Street Journal.

In support of the technology, Verizon and AT&T point to years of research about potential interference and note that mid-band 5G hasn’t wreaked havoc for flights in other countries where mid-band 5G is already in place.

“While we remain confident that 5G poses no risk to air safety, we are also sensitive to the Federal Aviation Administration’s desire for additional analysis of this issue.”

Ways to Prevent a Drawn-Out Conflict

According to the verge, to help prevent a drawn-out conflict with the FAA, the two carriers say they’ll voluntarily take extra precautions through July 2022 “to minimize energy coming from 5G base stations both nationwide and to an even greater degree around public airports and heliports.”

That should be enough to “allay concerns about radio altimeter performance,” the companies said, while also maintaining strong performance for wireless customers. Altimeters can assist aircraft operators during landings, especially when dealing with poor visibility conditions.

It’s not yet clear whether the proposal will be accepted by the FAA, which has warned pilots of the possibility that “interference from 5G transmitters and other technology could cause certain safety equipment to malfunction, requiring them to take mitigating action that could affect flight operations.”

After July 6th, both carriers say they’ll set everything back to normal “unless credible evidence exists that real-world interference would occur if the mitigations were relaxed.”

“Our use of this spectrum will dramatically expand the reach and capabilities of the nation’s next-generation 5G networks, advancing US leadership, and bringing enormous benefits to consumers and the US economy,” Verizon and AT&T claimed in their joint letter sent to FCC Chair Jessica Rosenworcel.