Thinking about adding Valentine’s Day Movie to your plans this valentine? Well, that’s not a bad idea as it is as romantic as it sounds. Get cozy with your partner, you don’t necessarily have to go to the cinemas to watch you could make it more romantic by making it a setting for two, just you and your special one. 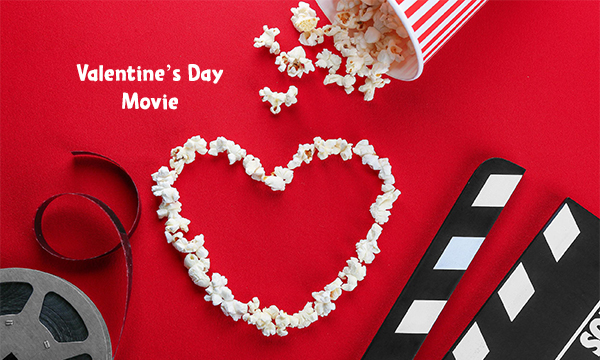 It’s hard to believe but yea Valentine’s Day is around the corner. You can decide to play it cool this year valentine by just cuddling up with your sweetheart and streaming tons of romantic movies. well if you are thinking about a home date night, or valentine’s day with friends a movie wouldn’t be a bad idea.

Valentine’s Day movie could really feel romantic especially when watched with your loved one. Get ready to laugh, cry, swoon as you get curled up on your couch watching a movie this valentine with your loved one. It’s that time of the year again when love is in the air booming. Make sure whatever you are doing a movie is added to tour plan.

Valentine’s Day comes every year whether we like it or not. It’s one of the days when our love lives are put on display. There’s always a chance for romance or disaster.  It can be complicated, confusing, but at the end of it all it’s all about love. Before watching the movies are sure to get tissues and popcorn ready.

Romantic Movies to Watch This Valentine

Don’t be boring, spice up this valentine, and it wouldn’t be complete without a beautiful movie to compliment the night and valentine. Well, get more of the movies you can stream from online here.