Speaking of USC Ranking, university ranking is carried out with certain factors in consideration.  Universities are ranked based on their global research reputation, a number of papers highly cited by other 88. However, the USC ranks have always been among the best of the Universities. 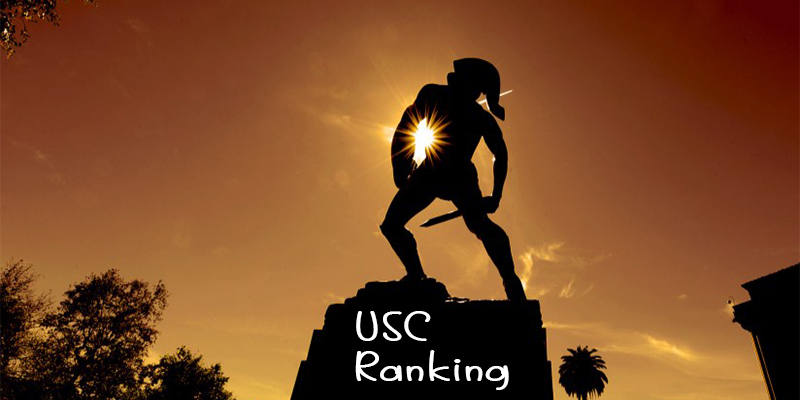 The University of Southern California is a renounced private institution. It was established in 1880. Its setting is urban and the campus size is 226 acres. The University utilizes a semester-based academic calendar.

The University of Southern California so far has been doing excellently. In the edition of Best College of National Universities, they ranked no. 24. Schools are ranked according to the school performance across a set of widely accepted indicators of excellence.

The University of Southern California Rankings are as follows:

This is based on schools whose highest degree is a doctorate, and it includes Aerospace, Aeronautical, and Astronautical. Electric, Electronic, communications Industrial and manufacturing

The University of Southern California is at no. 24 in the National Universities ranking. Schools are ranked based on their performance across a set of widely accepted indicators of excellence.

Other Ranking for the University of Southern California

The other areas of ranking for the University of Southern California are professional programs, online programs, and others.

Online Program Rankings – online programs are in professional areas. This includes the largest enrollments as evaluated by U. S. News, based on the criteria including employment outcomes of graduates.

USC statistics for the admission year 2021-2022 incoming class acceptance rate has been narrowed to 12% with a large pool of applicants. Significantly, the number of applicants has increased by over 20% from the previous year. Last year the admittance rate was 16%, 2021 fall term was 26%.

However, international students are about 14% of the admitted class, from about 88 different countries. Also, this year that prospective students applied to the University when there was a COVID-19 outbreak, which made students off-campus from March 2020.

The possible suspected factor for the increase in application rate is USC’s financial aid initiative that offers free tuition for U.S students that their family makes less than $80,000 each year. Usc is one of the prestigious universities in Los Angeles and has a good ranking rate among others.

USC is known as the most selective University and very selective in admission processes. As reported it rates in admission selection of 98 out of 99. About or more than 70,000 students applied for admission to the undergraduate class for 2021, and about 12% were being admitted.

Applicants admitted into the University have an SAT score from the range of 1360 tob1530 or an ACT score of 31 and 34. However, the number of the admitted applicants that meet the scores is about one-quarter and one-quarter score below these ranges.

For applicants to be offered admission into the University of Southern California, students’ GPA is very valuable and important. Also, high rank in class performance is considered and letters of recommendation too. The application fee is about $85.

Get more information at https://www.usnews.com/best-colleges/University-southern-california-1328/overall-rankings