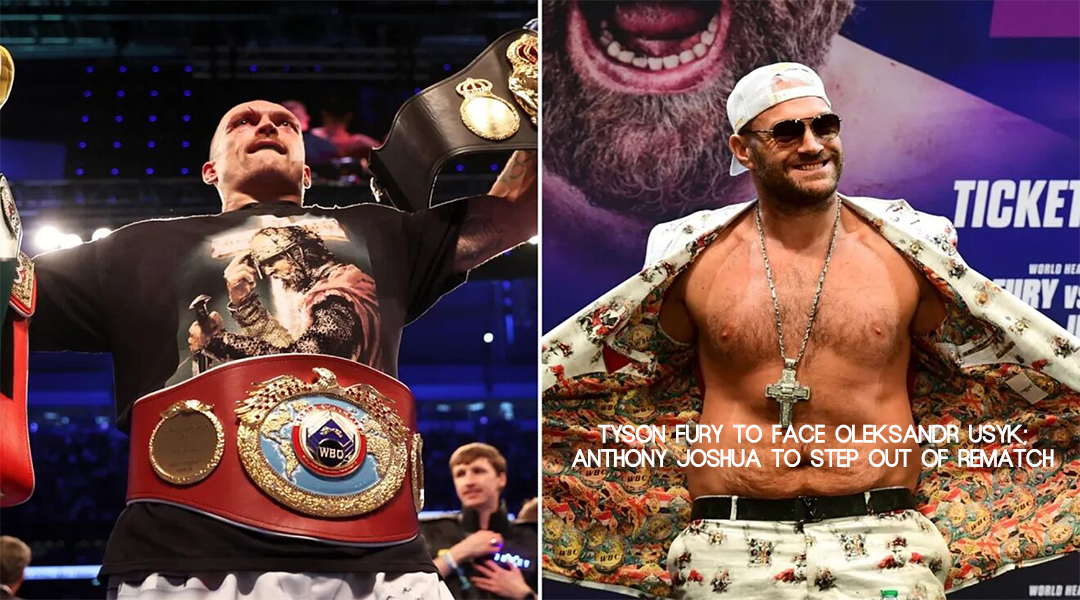 Tyson Fury to Face Oleksandr Usyk; Anthony Joshua to Step Out of Rematch

Tyson Fury, After defending his WBC and The Ring heavyweight world belts against Deontay Wilder in October 2021, is close to receiving a shot at the WBA (Super), IBF, WBO, and IBO heavyweight titles that Usyk got from defeating Anthony Joshua in September 2021.

Although Joshua had hoped to use his rematch to become a three-time world heavyweight champion this year, there still lies hope for him as he could now end up facing the winner of Tyson Fury vs Oleksandr Usyk.

What did Bob Aurum say about Tyson Fury vs Alexandr Usyk?

According to Bob Arum, the ongoing talks on Wednesday morning mentioned the possibility of both Joshua and Dillian Whyte stepping aside from their intending upcoming matches.

“What’s happening is just promises coming out of the Middle East about doing a unified fight with Usyk and Fury, and is Dillian Whyte gonna step aside. And people that have absolutely no contractual ties – like Frank Warren’s Queensberry and our Top Rank do – are getting involved,” Arum told talkSPORT. “It’s a typical terrible kind of situation, but hopefully it’ll get sorted out and probably it will get sorted out with a purse bid on Friday.”

When he was questioned about which of the two WBC mandatory contenders, Usyk or Dillian Whyte, Arum believed Fury will fight next.

“I have no idea – who are those people from the Middle East, and what’s there backing and all that stuff? That’s not clear,” he added.

It seems to be an amazing turn of events as watching Fury battle against Usyk will be a very interesting sight to behold. There has been much confusion on Joshua‘s ability to defeat Usyk in the intending rematch. Do you think Anthony Joshua will stand a chance against Tyson Fury if Fury happens to defeat Usyk? Further research can be done on Google.