Twitter wants you to check out super follow and ticketed Spaces as they now accept applications as well as other users on the platform. Now, there is nothing in the way of Twitter trying to monetize its social network. Even if it how successful their attempts really are, it remains to be seen. 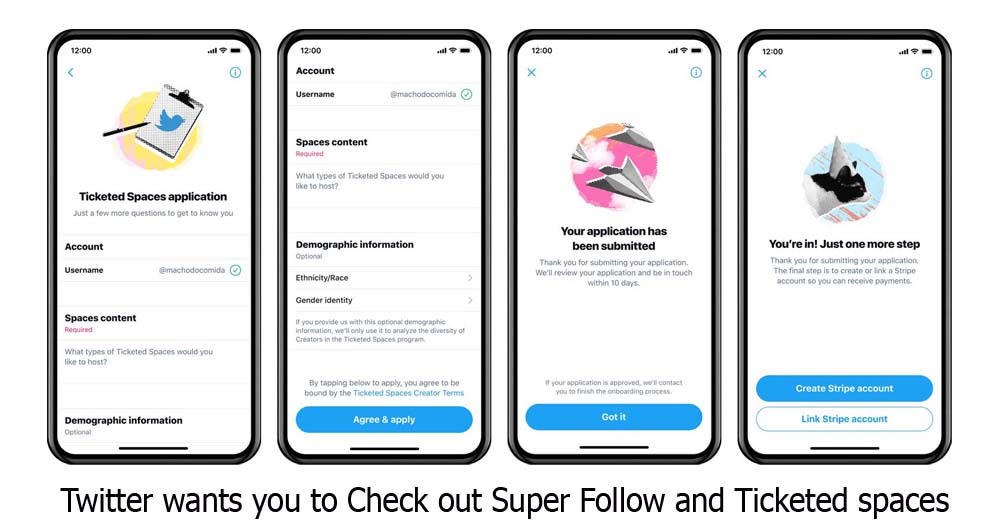 It started earlier this month with the launch of the much-rumored twitter Blue subscription that offers features, we both wanted and unwanted, for a particular price. Twitter is now accepting applications for their more exclusive Super follows and ticketed Spaces, but the fine print might just end up getting creators discouraged, and publishers from fully leaving the platform.

About Ticketed Spaces and Super Follows

Ticketed Spaces is a great extension of Twitter’s audio-only Spaces feature that was created to directly take on platforms like the Clubhouse. Twitter, however, decided to come up with something that clubhouse does not even have, at least at the moment.

While the Clubhouse and Instagram’s new live Room allows users to tip Creators, ticketed Spaces would allow advance ticket sales that would allow an event to feel a lot more special because of its exclusivity.

The criteria for eligibility in this program happen to be much higher, and it includes the US-only requirement. Users are required to be at least above 18 years of age, and have at least 1,000 followers, and possess at least three spaces in the past 30 days. Tickets can range from $1 to $999 and creators can now limit the number of tickets that can be sold.

Super follows, which was been designed after the Patreon business model, might just be a little bit more Problematic for their creators. In exchange for the monthly fee that ranges from $2.99 to $9.99, subscribers are guaranteed a steady flow of Paywalled content. Applicants that are available in the United States are required to have a minimum of 10,000 followers in other to be eligible for the program.

The contention point, however, would be based on how much the creators would be earning from it. Twitter stated that it would only get 3% of the revenue after Google’s or apple’s 30% cut. If the creators exceed $50,000 of lifetime earnings, however, Twitter would begin to collect about 20% of the future earnings. This would leave the creator with around 67% down to 50% of what they earn, which is lesser than what they would acquire on Patreon.