The Twitter Super Follows is a new payment feature planned to be released on social media. This will allow uses to charge followers and give access to extra content. 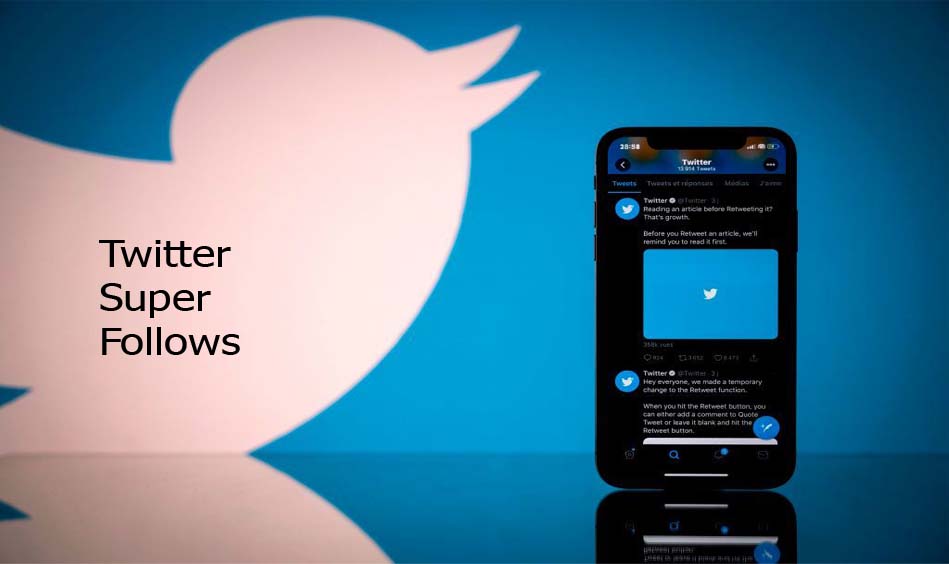 It can be referred to as bonus tweets, access to a community group, a subscription to a newsletter, or a badge signifying your support.

Twitter announced earlier this year on the Super Follows feature. Read more on this article to learn about the new feature to be added to Twitter.

The social media giant is firing on all cylinders as of late in seeing what features stick for its users. So that it can depend less on the ad revenue that has been ongoing since it launches in the year 2007.

With Ticketed Spaces about to be launched, along with the subscription service Twitter Blue soft-launching in Australia and Canada, smaller features look to be released to a wide audience soon.

Here are some requirements to access the feature that is yet to be released:

Note that only Adult content and OnlyFans are mentions in the category and platform sections.

Twitter users can set the monthly price and the tweet will be shown at the top of the subscriber’s feed. The social media is working on this feature as of now.

According to an official tweet, the feature is almost ready to be rolled out. Twitter Blue was in a similar stage month ago before it was rolled out to Canada and Australia soon after.

The subscription service rumored to be released in more countries soon, along with Spaces to be rolled out to more devices such as iPad.

It’s the newest direct payments feature Twitter has introduced in recent weeks In May Twitter began testing Tip Jar, which lets users make one-time payments to creators directly on Twitter. This is by clicking a one-dollar bill icon on their Twitter profile.

Twitter doesn’t take a cut of Tip Jar donations, which supports several payment options including Cash App, PayPal, and Venmo. It’s not clear how payments would be structured for Super Follows, but it seems likely Twitter would take a percentage.

Added the ability for Android users to go looking at their direct messages, and acquired Scroll, the $5-per-month subscription service that removes ads from participating websites.