Twitter on iOS to soon offer support for Apple Sign in. There are innumerable online services and apps these days that it is almost impossible to keep track of all the passwords and usernames for them. Well thankfully, some of the services would enable you to sign up and then log into their network making use of a Google account or, sometimes, a Facebook account. 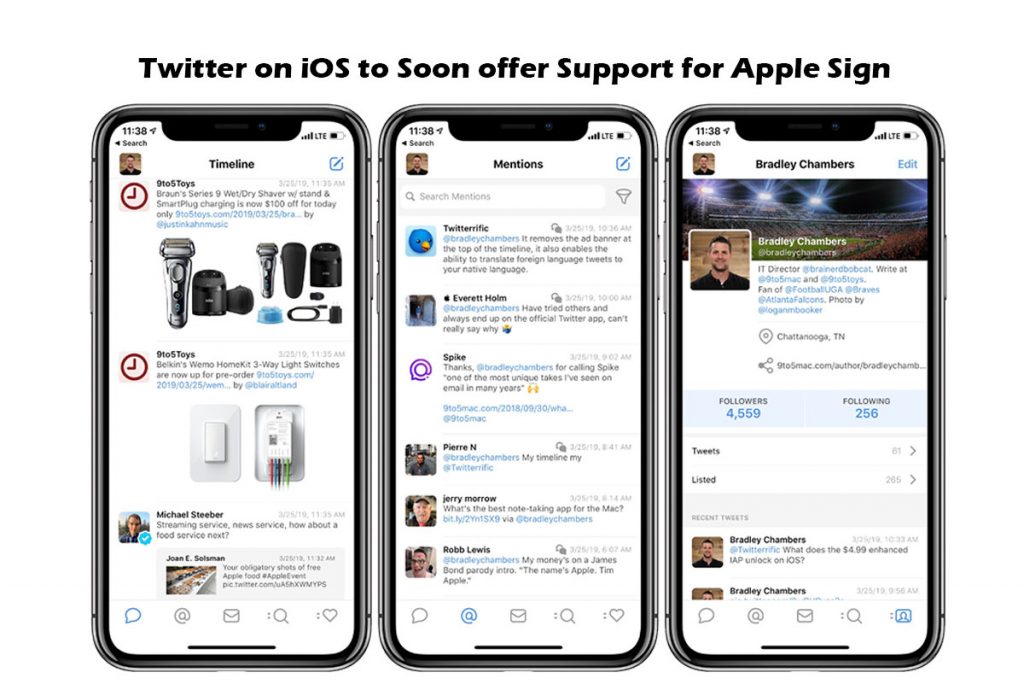 Two years ago, Apple decided to launch their own take on that convenience with “sign in with Apple,” and Twitter would be adopting the technology that would help you make things easier for both old and new users to jump on board with their iPad and iPhones.

Single Sign-On or SSO services more like Google and Facebook are two-edged swords. It might even be a lot more convenient than making use of a password manager since there is no credential to store, to begin with. On the other hand, it also surrenders control of and access to all those third-party accounts to the SSO provider.

Sign in with Apple tries in other to address all those security and privacy issues in a more unique way. This would allow users to sign up with the services, making use of proxy emails that hide their true emails from third parties. For apps on iOS, sign in with Apple turns to a requirement only if the app or the service would offer other third-party SSOs also.

Twitter has avoided the requirement by offering no other sign-in option except Twitter itself. As stated by Famed Social network tipster Jane Manchun Wong, however, that might just be changing soon. As of last month, she revealed to the public that Twitter was working on Google Sign-ins, which would further require Twitter to implement Apple sign-ins as well.

What does not remain too clear is these new options would arrive. It however would interest you to see Twitter opening up its network to such sign-in options, and since it also possesses its very own “log in with Twitter” SSO.