According to information seen on Engadget, Twitter Hosts can now Record and Share Audio Spaces. Earlier in September, Twitter mentioned that they were planning to add a recording and playback feature for Spaces. 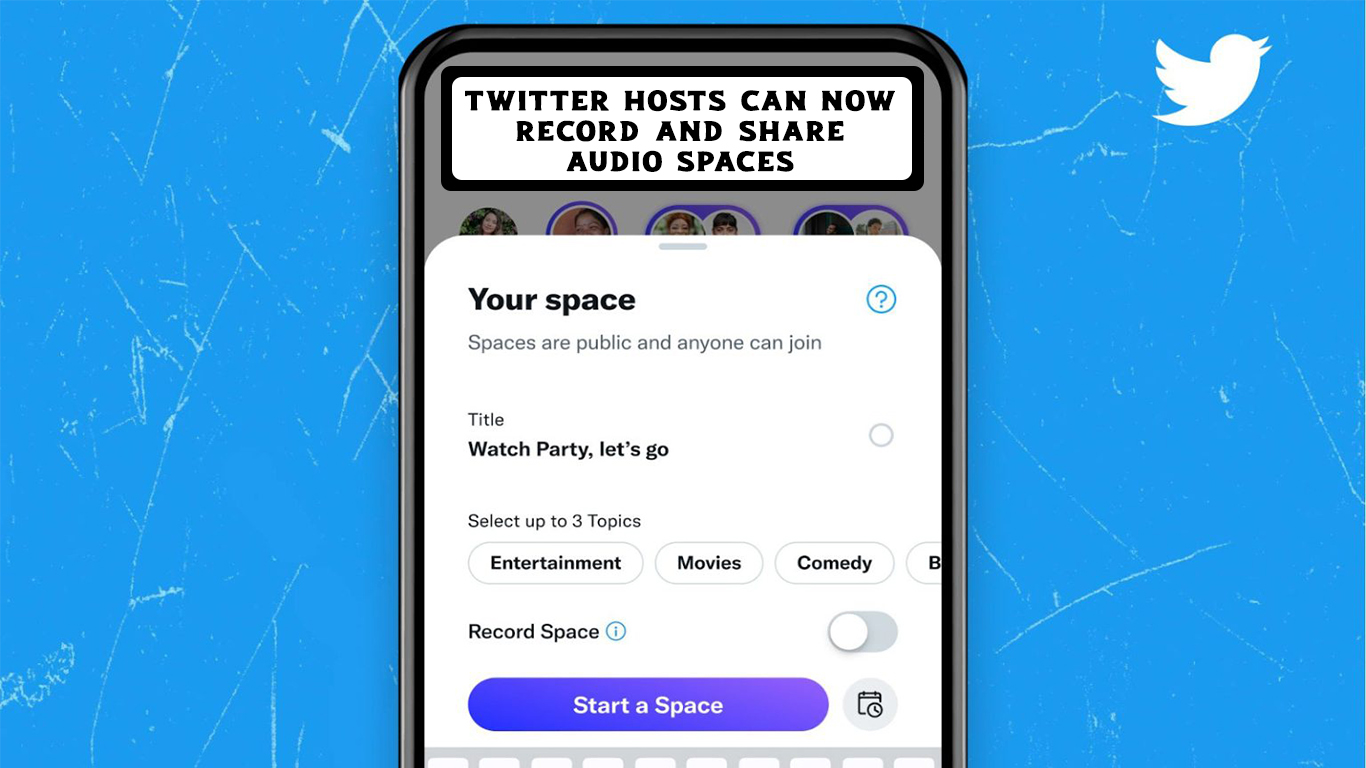 According to Engadget, Twitter says it’s a way for hosts to extend the value of their work and to reach audiences who couldn’t always keep an eye out for live conversations. All hosts who already have access to the Spaces recording feature will have to toggle on “Record Space” before that can

Hosts who already have access to Spaces Recording will have to toggle on “Record Space” before launching a new conversation to switch on the feature. A recording icon will be visible to everyone, including listeners, during the show.

Hosts will have access to the recording for 30 days after the initial broadcast, and they’ll be able to share and tweet it for their followers to see. Listeners will be able to playback recordings right on their timeline — they’ll also be able to share them, which could translate to more listeners and fans for hosts.

While the recording will be available for a month, hosts can delete it anytime. Twitter says it will still keep a file for up to 120 days, though, so it can check for hateful content that goes against its ToS, in case users report a recording.