There is a new tvOS 15 trending after Apple has announced the 2021 overhaul to its TV operating system at WWDC. We have got a glimpse of the tweaks and features packed on the new tvOS. 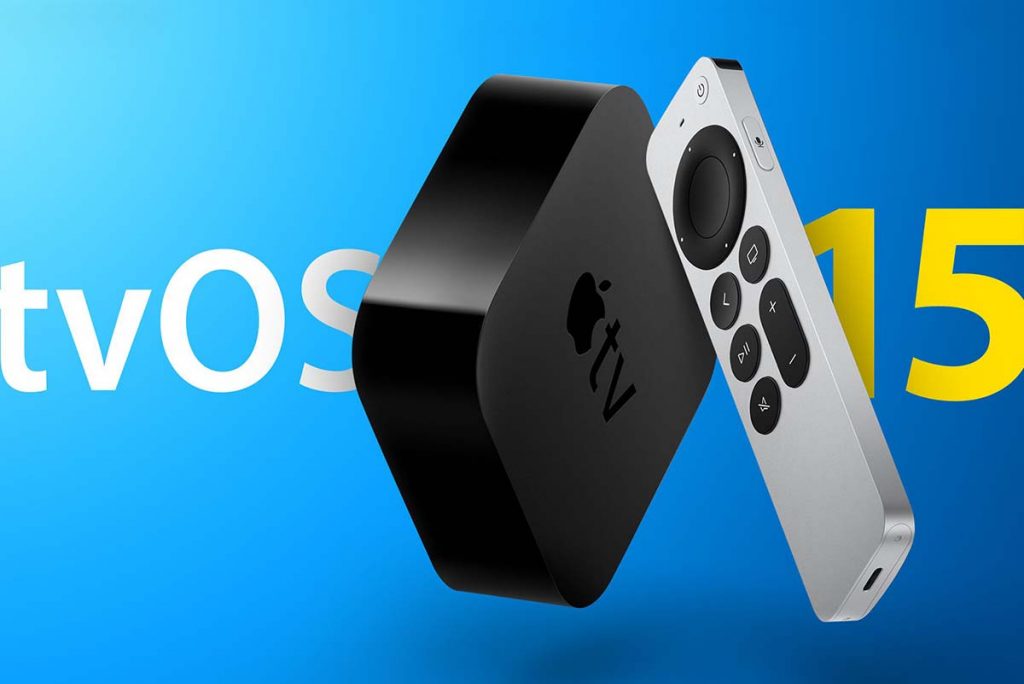 Though, there has been nothing like the radical redesign that had been hinted at by the rumor in the past week. It was strange not to see any substantial mention of Apple TV Plus either.

If you are a user of Apple’s TV operating system, then you must want to read about this. There are a lot of features explained in this article about the Apple tvOS 15.

There’s some additional support for the HomePod Mini. And new collective features that make sharing an Apple TV 4K along with your family a bit easier.

It’s somehow more disappointing than last year’s update. This brought in gaming-specific features like a quick game resume, support for the Xbox Elite Series 2 and Xbox Adaptive Controllers, HomeKit updates. And also, the arrival of picture-in-picture mode for dual-feed watching.

There are a couple of changes to the Apple TV interface. Just like a list of multi-user viewing recommendations that show up regardless of whose user profile is chosen.

So, if you’re watching with roommates or family members, you will have a handy place to look through things you all enjoy. And not be stuck with one person’s algorithm for deciding every movie night.

There’s the introduction of SharePlay, an Apple-specific feature for co-watching TV streaming services with friends over FaceTime. And this is getting some limited support on Android devices too.

You will be ready to set it up for a host of streaming platforms over Apple TV like Hulu, Disney Plus, HBO Max, Twitch, Pluto TV, ESPN+, and Paramount Plus.

Spatial Audio support is coming to both tvOS and MacOS. And it is making audio through the AirPods Max and AirPods Pro headphones more immersive while adding dynamic head tracking too.

Anyone with a HomePod Mini also will be able to control their Apple TV through the compact smart speaker via Siri voice commands.

This means that an announcement at WWDC, a private beta shared with developers, a public beta available for download, and a full rollout in September.

tvOS 15 also will launch alongside iOS 15, iPadOS 15 and watchOS 8. As Apple releases the newest updates to its fleet of smartphones, tablets, smartwatches, and streaming devices.

tvOS 13 focused on multi-user support for TV shows and movies. With each profile getting its own recommendations within the TV app. But now that same functionality will apply to games via Apple Arcade also.

The tvOS 14 added the ability to keep track of individual achievements for each user. And quickly resume games once you come back to them.

Two other new additions in tvOS 14 are picture-in-picture. And this will permit you to keep videos running on the screen within the corner of the screen while you move in between apps.

And also the addition of smart home camera feeds to Home View. Both those features are on iOS 14, too.