The trademark of the Galaxy Z Fold now confirms a new Foldable Tablet. Although there are lots of companies that are producing foldable phones, it is not so easy to deny the fact that Samsung still has the best, with more than four models already in the market. 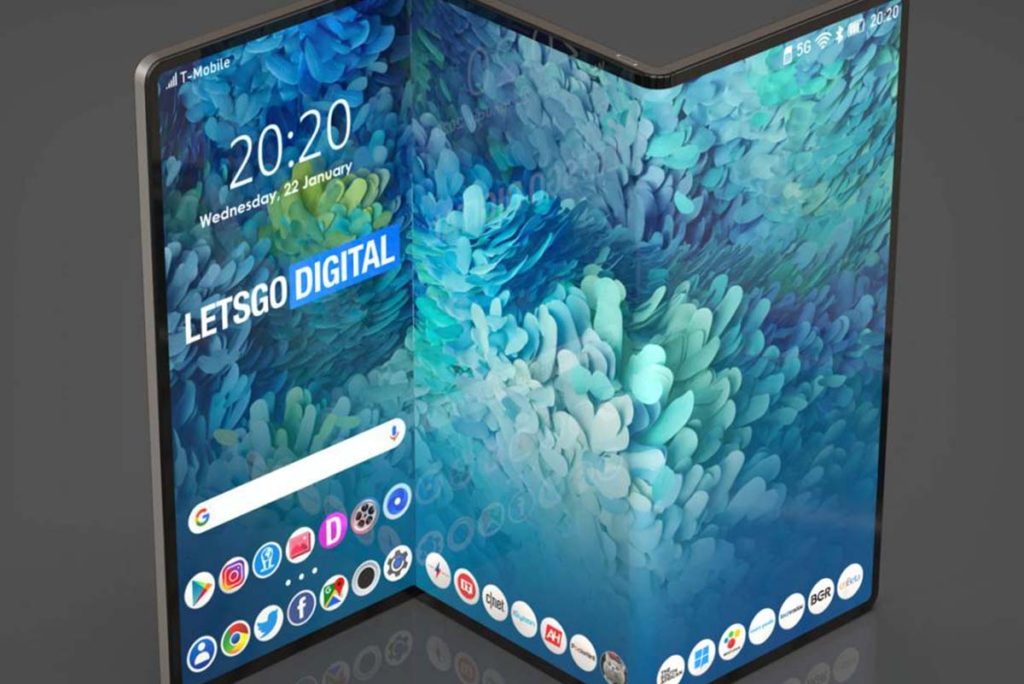 It is expected to place out the third generation of such phones this year, but there is still one kind of foldable device that’s is missing from its portfolio. If the leaks that came out recently are true, then the galaxy Z fold tablet is already in the works and its being in existence might have been confirmed by Samsung.

Trademark of the Galaxy Z Fold Confirms a Foldable Tablet

Samsung exactly did not confirm the Galaxy Z fold Tab that was leaked last week, and at least not directly. What LetsGoDigital saw actually a simple clue that is located in a filling for the Galaxy Z Fold trademark that is in Europe. That is the filling notes that the trademark would be used for smartphones and tablets, something that is mostly already known anyway, at least for the Smartphone part.

The notable part here is the mention of “tablets”. This is something that has not been talked about before. The tablets that fold into phones have always been part of the foldable dream but the present incarnations of that vision are limited to mostly small Tablet Sizes because of the need to still possess a phone that you can comfortably carry in one hand. The solution to this problem is to get the tablet to once more Fold.

Galaxy Z Fold Tab, if that happens to be the name, it is expected to possess a tri-fold design so that a regular-sized tablet, around 10 inches or so. That would enable you to shrink down to the size and the form of a phone, although it would most likely be a thick one.

Now that Samsung decided to apply for a trademark for the Z Fold Name now suggests that it is about to make use of it in a much bigger sense. Whether that Galaxy Z fold Tab will be added in the July event, however, is something you should be looking forward to.