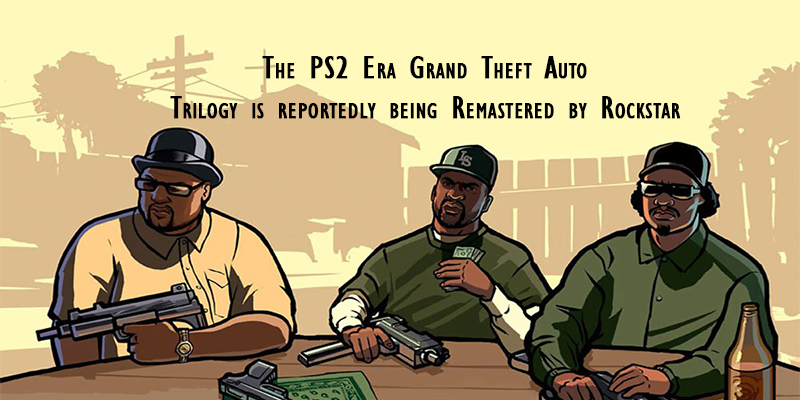 Frankly, rumors of the remastered Classic PlayStation 2 era   Grand Theft Auto has been floating for some time now. This month, however, Rockstar Games parent company Take-Two Interactive confirmed that it has plans to release three announced iterations of old games. In addition to the release of these games, they are also going to release current-gen ports of GTAV, GTA Online, and Kerbal Space Program.

Honestly, if we are to consider Take-Two Interactive library of games these three games could literally be any game from Bioshock to Bully or Max Payne. According to the information from Kotaku, these three GTA games are being remastered using Unreal Engine with one source commenting that look like heavily modified versions of the existing game.

Will this Affect the Gameplay?

While the game is being highly modified, there might be a slight change in the gameplay. However, the gameplay is said to be staying true to the originals while the UI should also retain its classic style. According to an article on The Verge, the game release dates have reportedly been shifted as a result of the worldwide pandemic.

Rest assured knowing that the current plan is said to be a simultaneous digital release for all three classics across most platforms this year (2021) with PC and mobile versions following up in 2022.