The latest iOS beta blurs nude images for children using the Messages app. This means parents need no longer be notified. This is because Apple has released a new feature with the iOS 15.2 beta version. 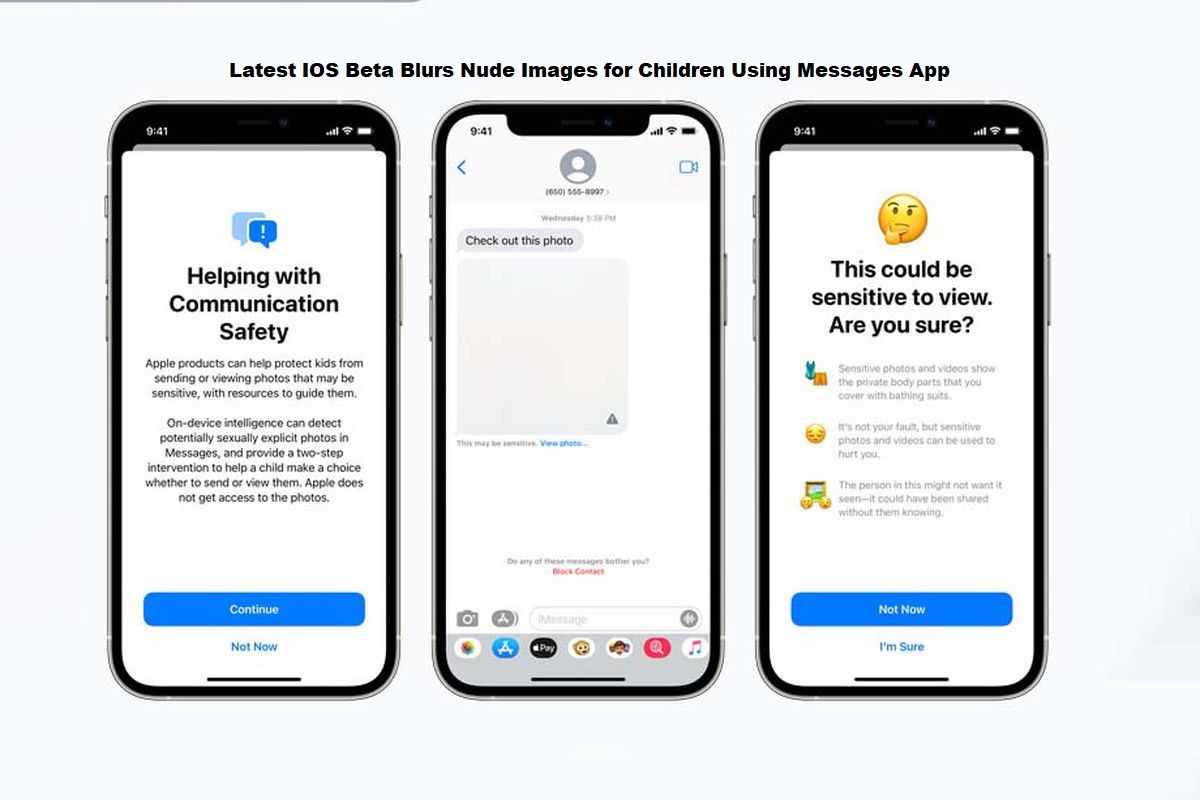 It’s a new Messages Communication Safety feature that will help prevent minors from seeing nudity in photos. The feature is part of parental controls that are available through the Family Sharing feature.

The iOS 15.2 beta update is currently available only to developers, and those interested in trying it out can apply for the Apple Beta Software Program.

The stable release is expected to launch soon. Apple had announced this feature along with its on-device tool that would scan images for potential child abuse photos on iCloud. This feature however received a lot of backlash and Apple has paused its rollout to make changes on it.

How the Feature Works

Through the Messages Communication Safety feature, Apple will use on-device scanning to detect if photos sent in the Messages app have any nudity in them. If nudity is detected, then Apple will blur the photo and also share a warning if a child taps on the image.

Here, Apple displays a warning saying “This photo could be sensitive. Are you sure you want to view?” It also explains what naked photos are, and why they should avoid seeing them.

According to business insider India, Apple doesn’t block the image completely as it still gives options for the child to either not view, messages a grownup or view. So the ultimate decision still lies on the child but with warnings and guidance on the possible implications.

How to Enable the App

The feature is opt-in, which means that it won’t be enabled by default when it’s released. It will be available under family sharing through which adults can be able to manage the devices of their children who are under the age of 18. This feature can also be enabled only with devices that are set up using family sharing.

Who the App Is Designed For

Hate Speech Surge on Twitter Ever Since Musk Took Over