The Greek Orthodox Easter, or Pascha, is a feast that commemorates the resurrection of Jesus Christ from death. This is the crowning incident of a progressive series of events described as the Passion of Jesus. According to the New Testament’s description, the resurrection occurs three days after his burial following his crucifixion in Judea. 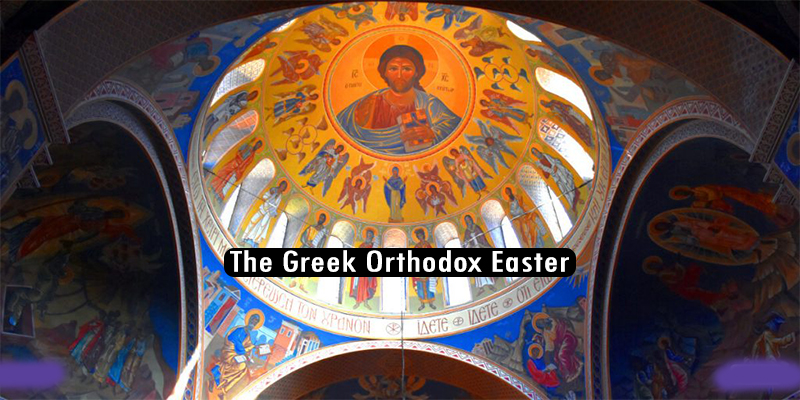 The Greek Easter is a movable celebration that normally falls one to three weeks later (and rarely at the same date) than the Easter feast observed by Western Christianity. This because the Eastern Orthodox Church follows the older Julian calendar for calculating dates of festivals with no fixed dates.

Pascha is a public holiday and probably the most prominent religious celebration for Greeks that is observed on an annual basis.

The Greek Orthodox Easter is the biggest holiday of the year for them. In the eyes of the Greek Orthodox Church, it is an honor to commemorate the fact that Jesus died on the cross for our sins. The Greek people, they’re ready to celebrate.

After weeks of careful fasting and prayer, they’re eager to break the fast and finally eat foods that have been deprived of them. Since Easter is such an important holiday to the Greeks, there are many traditions that have developed because of it.

The Orthodox Christian date for Easter Sunday often occurs at a later date than the Easter date observed by many western churches. The day is also known as Pascha, Easter, and Easter Day.

Holy Week is something more than significant for Orthodox Christians. This week’s meditation invites people to prepare themselves to celebrate Jesus Christ’s resurrection. According to tradition, people try to abstain from meat and its byproducts at that time.

Countries that Observe the Orthodox Easter

Despite it being commonly called Greek Easter, this tradition is celebrated in other places apart from Greece. They are listed below;

You can more details on the countries that celebrate orthodox Easter here.

When is the Greek Orthodox Easter?

How the Greek Orthodox Easter is celebrated

Below are the steps on how the Orthodox Easter is been celebrated;

Easter is a festive time in Greece, so join in on the local traditions. Be on the lookout for post-Mass fireworks in the cities. Sample the customary cuisine. And if you decide to attend a service, note that some churches require women to wear scarves over their hair. You can get more details about Greek Orthodox Easter here.