The Best Cryptocurrency to Buy Now

Knowing the best cryptocurrency to buy in 2021 will be beneficial if you are an investor afraid of losses. October 2021 was a very interesting month in the world of cryptocurrencies as it saw the surge of so many cryptocurrencies. 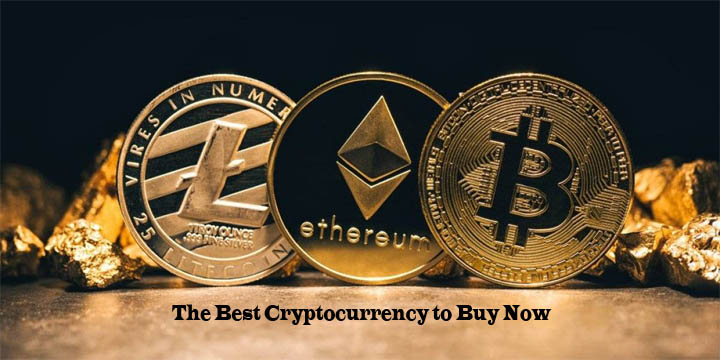 Bitcoin (BTC) surged by about 40% according to the data from Coinmarketcap and other prominent coins like the Shina Inu (SHIB) coin which debuted as a spin-off of the meme-based Dogecoin and gained more than 800% in the month. Below are some cryptocurrencies to buy in late 2021.

Best cryptocurrency to buy in 2021

Of course, this should be the forerunner of the list. Not only is it the world’s most popular cryptocurrency but also being one of the most profit-yielding cryptocurrencies.

Bitcoin‘s rise in price as a result of so many reasons which are the launch of the first Bitcoin-focused exchange-traded fund in the US and the Proshares Bitcoin Strategy ETF (ticker: BITO) began trading Oct. 19, with excitement over the continued mainstreaming of the digital asset driving BTC to an all-time high of $66,930 just a day later.

Ethereum now accounts for 19% of the entire asset class‘s market cap. The digital currency has eaten into the BTC‘s market share in 2021.

The reason for Ethereum‘s growth is its functionality as a platform for decentralized finance or Defi. Developers prefer building decentralized applications, or Dapps, on Ethereum.

Solona has probably been the most impressive token in 2021. At the beginning of the year, this token had just 0.01% of the market space but by September, SOL had moved into the top ten cryptocurrencies by market cap. Excluding stablecoins, SOL has since cracked the top five list.

Solona was built to help facilitate the creation of Dapps like Ethereum but much faster, with far lower speed, and is intended to be more easily scalable than its rivals.

FFT is also called an altcoin because it is non-Bitcoin crypto, it was launched in 2019 as the native token for the incredibly successful FXT platform. This token has moved up by nearly 1000% in 2021 and it has a market cap of more than $7 billion.

This firm made plenty of headers for itself recently, attracting a $25 billion valuation in private funding in October. Also, a “60 minutes “profile on the company has been giving it mainstream attention.

Cardano is another top-five crypto that is eating away at Bitcoin‘s dominance. The founder of Cardano is Charles Hoskinson, who is also a co-founder of Ethereum.

Like Bitcoin, this currency has a hard cap on the maximum number of ADA coins-the currency of the Cardano blockchain — and with its use of the dramatically more energy-efficient proof-of-stake protocol, Cardano combines two attractive coin characteristics.

Binance is the world ‘s largest crypto exchange and the BNB (Its native token) was initially based on Ethereum but now, it is issued on its own Blockchain, the Binance Blockchain. From 2017 till now, the coin has moved up from its initial value of 10 cents to about %550 today. In 2021, BNB has moved up more than $1300 so far.

This is a far newer and more speculative cryptocurrency than the others on the list. YGG is a decentralized autonomous organization that has built a community of online players and investors who participate in a virtual economy.

The platform invests in NFTs and spreads the revenues from renting out these virtual assets with its “guild members.” YGG is up more than 600% from its all-time low, which came shortly after launch, about three months ago.

The Next Crypto to Explode in 2022

As the year comes to a close, we are left to choose from coins that we hope will do well legally and have the technology to last as crucial platform access. Listed below are some coins with such qualities.

In conclusion, studying these cryptocurrencies and putting them into consideration as investments will do us a great deal of good because they might just be our own gold mine in the nearest future.