Once again, Thanos has returned to Fortnite, which is really awesome for all Fortnite players. The supervillain Thanos would be returning back to Fortnite once again, and this time in the form of a tournament that is open for any player that wishes to join. 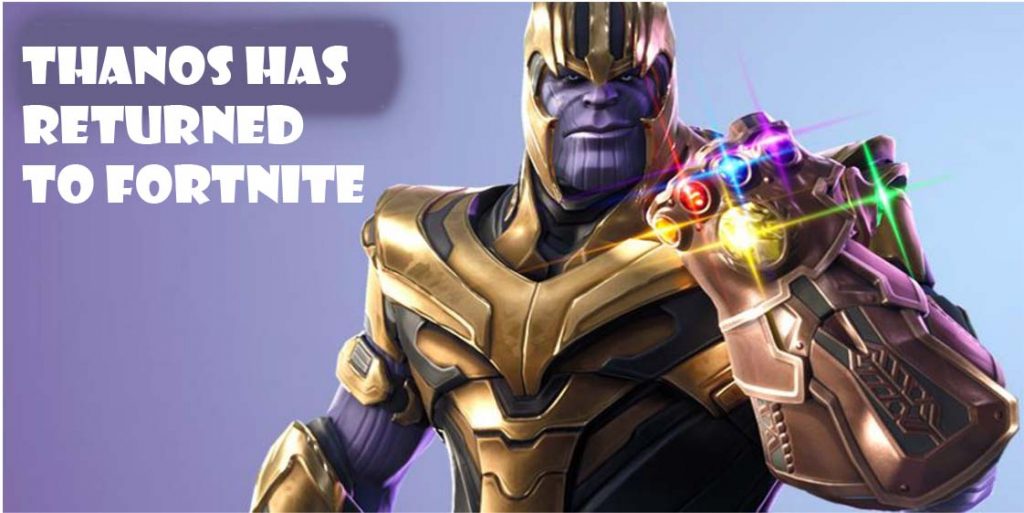 Thanos Has Returned to Fortnite

Given the title the Thanos Cup, this new non-cash tournament would offer players the chance to be able to unlock the Thanos skin and related back bling for free. You would need to have a partner to compete as the Thanos Cup is a Duos tournament only.

Thanos has appeared tons of times in Fortnite over the past seasons, including the big crossover when the players get to control the supervillain and use him to wreak havoc on their opponents. With Thanos cup, Players that did not previously get the skin, which is based on the Avengers: Endgame movie, would be able to unlock it all for free.

The Outfit is also offered along with the character’s back bling, plus the character would arrive in the battle royale game’s item shop for everyone that wants to purchase it.

This is the very first time that we have seen a skin arrive very early as the reward for a new challenge. And seems as if Epic would be sticking to the same type of gameplay structure that we have seen, just like its Galaxy skin.

The Thanos Cup is expected to hold on June 21. All the players that are looking forward to taking part would be required to get a Duos partner and play up to about 10 matches within a three-hour period.

Each match would contribute points to the team’s total. The number of points offered based on things that include how many eliminations the players get and whether they achieved any victory royales.

If you happen to just earn at least eight points total, which is pretty simple as playing eight matches, you would get Thanos watches Spray. The rank that you would need to get to in order to acquire the Thanos Outfit would depend on your server region.

Let’s say, players that are in the North America-East Server region would need to Rank somewhere between 1 and 1,575 to get the outfit.