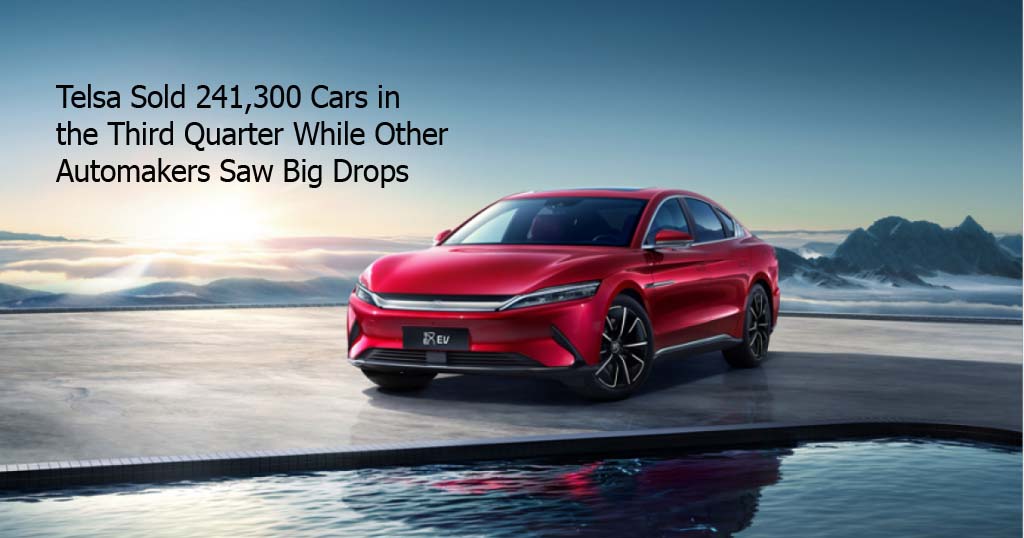 Telsa Sold 241,300 Cars in the Third Quarter While Other Automakers Saw Big Drops

Due to the global chip shortage, a lot of companies including auto-making companies saw a drop in production, but this is not the case with Telsa as the company actually experienced the opposite. The company sold 241,300 cars in the third quarter of this year alone which is a total of 102,000 more than what it did in the same quarter of last year. This is the most the Telsa Company has ever sold in a quarter. And to make it more interesting, the company sold 367,500 units in all of 2019.

Although major players in the auto-making industry saw huge drops this past quarter, the Telsa automaking company managed to deliver more vehicles once again. The largest automaker in the US, GM on Friday morning said it only sold 446,997 vehicles in the third quarter of this year. This means that the company experienced a 33% drop from the same quarter last year.

How Telsa Managed With the Shortage of Chips

Telsa has managed to avoid the situation at hand with the shortage of chips because it has been sourcing different semiconductors and rewriting software on the fly in order to make those chips work in places where the ones not currently available would work. The Telsa Company also saw great sales in china where it only started to make and sell vehicles in early 2020. One of its models, the Y SUV also has become a favorite option in the US and the company has just started selling them in Europe also.

More vehicle production is set to come online in the coming months. Telsa has built a very big part of its factory in Austin, Texas. The company also is getting past its final approvals to begin operations in its new plant outside of Berlin, Germany. And all of this is happening despite the fact that some of its products were delayed such as the Cybertruck and the second-generation Roadster.