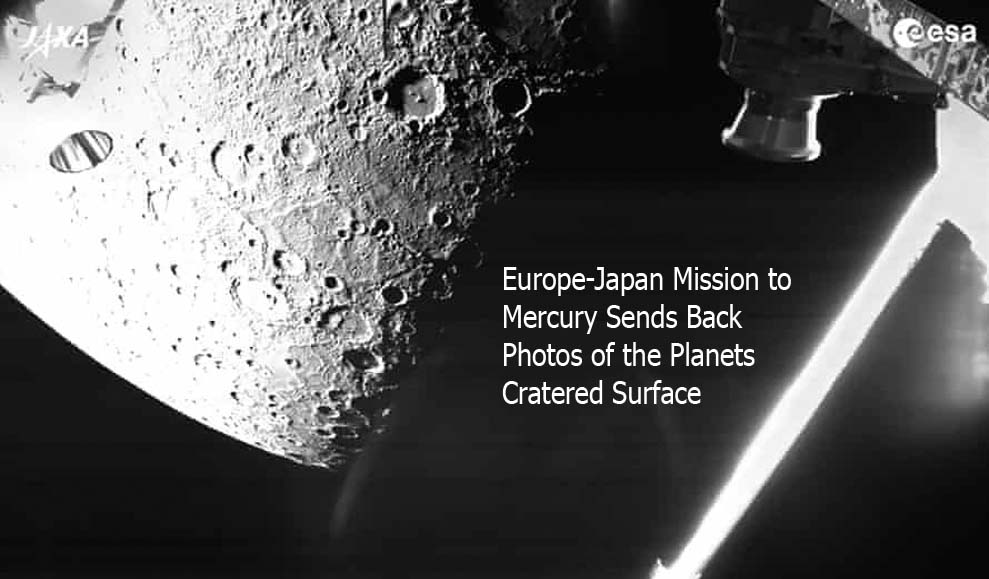 The photos shown came from a BepiColombo joint mission between the ESA (European space agency) and JAXA (japan aerospace exploration agency) that launched from Europe’s spaceport in 2018. The mission consists of two linked orbiting spacecraft which are the mercury planetary orbiter and the mercury magnetospheric orbiter. The said mission is supposedly to reach the orbit of mercury in late 2025.

The aim of the BepiColombo mission is to collate more pieces of information regarding mercury and its composition and how it evolved so close to our sun. Temperatures on mercury are reported to exceed 350 degrees Celsius or about 660 degrees Fahrenheit.

The European Space Agency Explanation on The Planet’s Surface

The European space agency explained where the craters on the planet came from and what the surface of the planet is also believed to be like:

“One theory is that it may have begun as a larger body that was then stripped of most of its rock by a giant impact. This left it with a relatively large iron ore, where its magnetic field is generated, and only a thin rocky outer shell.”

“Mercury has no equivalent to the ancient bright lunar highlands: its surface is so dark almost everywhere, and was formed by vast outpourings of lava billions of years ago. These lava flows bear the scars of craters formed by asteroids and comets crashing onto the surface at speeds of tens of kilometers per hour. The floors of some of the older and larger craters have been flooded by younger lava flows, and there are also more than a hundred sites where volcanic explosions have ruptured the surface from below.”

Origin of the Name “BepiColombo”

The name BepiColombo is given after Italian scientist Giuseppe “Bepi” Colombo. He helped developed the gravity assist procedure used by the first spacecraft sent to mercury, the NASA marine 10, used in 1974. The fly-bys will allow the spacecraft to use mercury’s gravity to enter the planet’s orbit. The fly-by on Friday is the first of six planned fly-bys before it will enter the orbit of the planet for a closer study. The BepiColombo will build on the data collected by NASA’s Messenger mission that orbited the planet mercury between the years 2011 and 2015.

The European Space Agency says more images from Friday’s fly-by will be available to the public in the coming days. It also said that as the spacecraft gets closer to mercury, it will be able to take better and higher-res images.