The auto-making giant, Telsa finally cracks the $1 trillion market capitalization threshold as its stocks blow past $1,000 per share. 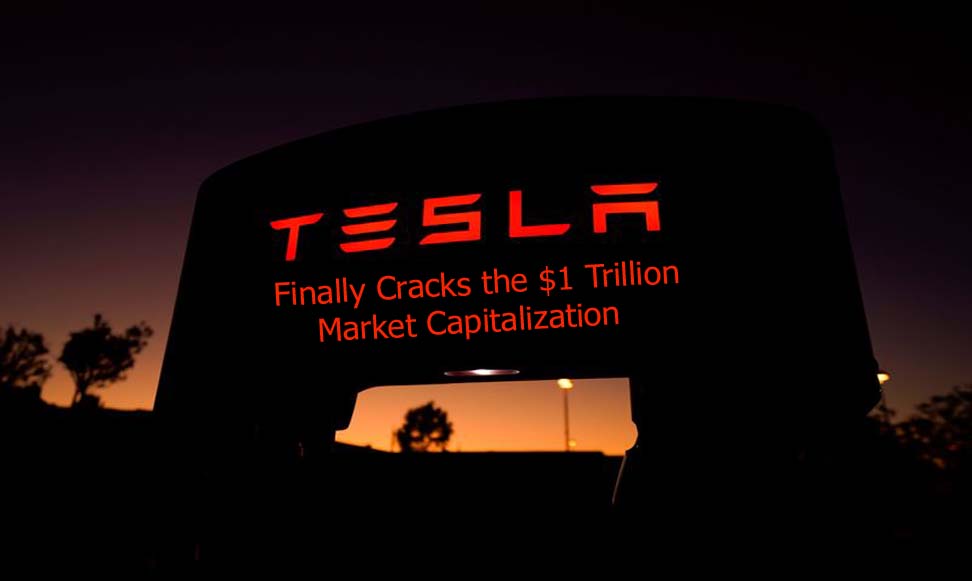 This news is coming just a day after the company announced that hertz will be purchasing 100,000 electric vehicles from the car-making company. The stock of Telsa immediately rose over 12% today. Telsa is now a $1 trillion company.

The carmaking company now joins an exclusive club of companies to break the $1 trillion market capitalization threshold. Telsa that company that is co-founded by Elon Musk less than 20 years ago saw its stock rise past $1,000 per share. And the result came just after the news of car rental company hertz’s plans to buy 100,000 Telsa electric vehicles and investors definitely like the sound of that.

The Current Price of Telsa’s Shares

Currently, the price of a Telsa’s share is $1,022. The stock rose over $112 per share or rather more than 12%. And with the speedy rise of the company’s share, Telsa has joined other elite companies such as apple, amazon, and others to reach the $1 trillion market capitalization figure.

The company also has confirmed Hertz’s order of 100,000 electric vehicles. The company also said that it will funnel thousands of Telsa electric vehicles into its rental through 2022. Starting from next month the first batch of cars will arrive.  In addition to purchasing 100,000 cars from Telsa, renters will also gain access to the supercharger network to be provided by Telsa while driving one of hertz Telsa’s vehicles.

The Effect of Telsa’s Deal with Hertz

The deal of course is a massive one and investors will be altogether delighted to hear the news. In the third quarter of this year alone, the car manufacturing company delivered 241,000 vehicles. So the deal with hertz represents more than a months’ worth of production. The deal between Telsa and hertz is worth $4.2 billion, Bloomberg reports.

When asked for a comment, the car manufacturing company, tells did not respond as it does not operate a public relations department.