Some are still wondering if the news of Subscribers Needed to Unlock YouTube Community Posting Halves is true. Well in an article according to THEVERGE, YouTube is cutting the number of subscribers you need to be able to make Community posts in half, the company announced this Thursday. 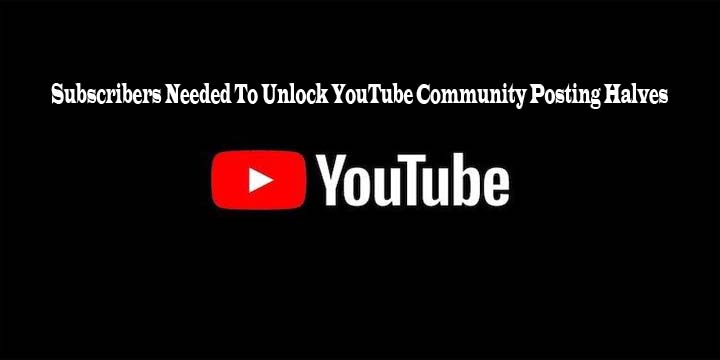 Starting October 12th, instead of requiring 1,000 subscribers, you’ll need more than 500 subscribers. In a tweet, YouTube said that will open up the feature to “millions” more channels. Community posts are Facebook-like news or status updates from creators that can be found on a dedicated Community tab on their profile.

Sometimes, you might also see them in the Home or Subscriptions tab. The feature was designed to replace the Discussion tab, which will be officially removed from all channels on October 12th, YouTube said Thursday.

For creators with less than 500 subscribers who want to use the Community posts feature, YouTube says it is “at work to bring Community posts to you in the future,” suggesting that the feature could be rolled out more widely at some point.

And once you do cross that 500-subscriber threshold, it might take up to a week until you can make Community posts, according to the company.

YouTube launched in 2005 as a video-sharing platform and was acquired by Google (now Alphabet) in 2006. It has built an entire community of creators that run channels dedicated to topics like gaming, tech reviews, and beauty.

It also houses news videos and entertainment such as music videos, movie trailers, and clips from late-night TV shows. YouTube’s rapid growth has not been without problems. YouTubers typically make money from ads that run in front of their videos, but if they break the platform’s rules, their channels and videos can be demonetized.