Starting 2030 California Will Require All Autonomous Vehicles to Be Zero Emission. This is definitely a good one if it can be accomplished. According to an article by THEVERGE, On Thursday, Governor Gavin Newsom signed into law a bill sponsored by environmental groups that would eventually prohibit gas- and hybrid-powered autonomous vehicles from operating in the state. 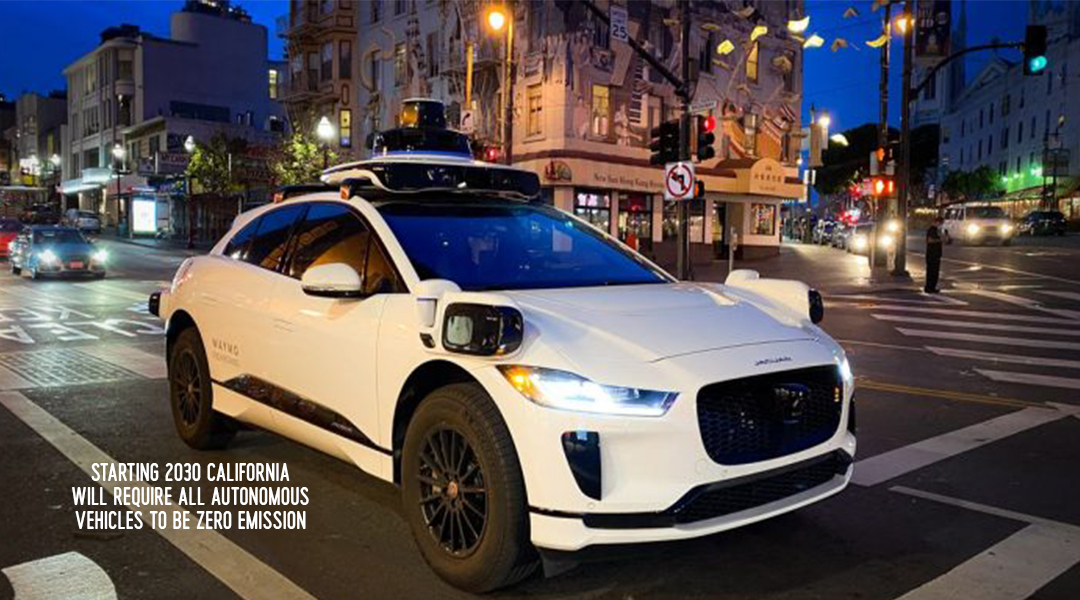 It was the latest move by Newsom to restrict the sale and use of internal combustion engine vehicles amid a broader effort to rein in greenhouse gas emissions.

Last year, the governor signed two executive orders: one requiring all commercial trucks and vans sold in the state to be zero-emission starting in 2045 and another requiring only the sale of zero-emission passenger vehicles by 2035.

It’s a fact that this autonomous vehicle’s emission has been a pain, especially when in a traffic jam. California was the first state in the US to prohibit the sale of nearly all fossil fuel-burning vehicles within its borders.

At least 15 states have followed the state’s lead, passing similar measures that would apply to heavy-duty trucks, vans, and buses.

“We’re grateful for California’s leadership in ensuring this will be the industry standard,” said Prashanthi Raman, head of global government affairs at Cruise, in a statement.

“The AV industry is primed to lead the way in reducing greenhouse gas emissions in cities, and it’s why we’ve operated an all-electric, zero-emissions fleet from the start.” Raman also added.

California Is the Largest Vehicle Market in the US

California is the biggest vehicle market in the US, with nearly 15 million registered vehicles on the road. AVs only account for a small fraction of that total amount, but some experts predict those numbers will grow as AVs become more capable and companies move to commercialize their use.

Other groups have expressed worry that autonomous vehicles could usher in an era of even more traffic and pollution, especially if AVs are priced cheaper than public transportation.

California is ground zero for AV testing in the US, with over 50 companies licensed to operate autonomous vehicles for testing purposes in the state. A handful of companies hold permits to test fully driverless vehicles, without safety drivers behind the steering wheel.

And an even smaller number have been approved to pick up and drop off passengers as part of a commercial robotaxi service. AVs registered in California traveled approximately 1.99 million miles in autonomous mode on public roads in 2020.

Some AV operators have argued that electric vehicles are a bad fit for self-driving cars because of the extended charging requirements.

In order to make a profit, autonomous vehicles need to maximize their time on the road, delivering people or packages, otherwise, they’re likely to be a money-loser, they argue. You can get more details from this link.