Stablecoins Should Be Regulated Like Banks, Biden Administration Says. The Biden administration called on Congress to quickly pass new legislation that would require Stablecoins to be issued by insured banks that are overseen by federal banking regulators, in a report issued by the President’s Working Group on Financial Markets on Monday. 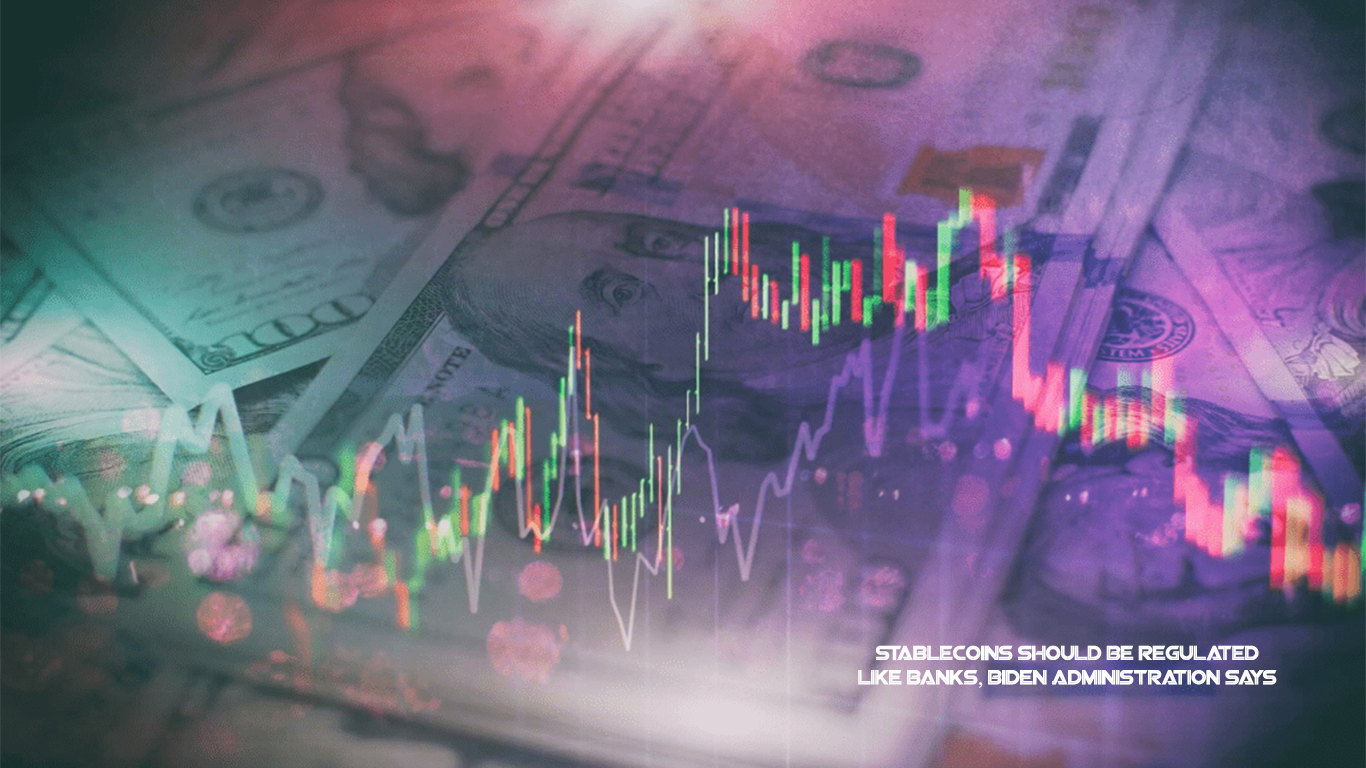 Stablecoins, a popular type of digital asset pegged to traditional currencies, could transform the way Americans pay for everything from cell phones and gasoline to haircuts and cups of coffee, according to a long-awaited report released by the Biden administration.

Stablecoins Should Be Regulated Like Banks, Biden Administration Says

“Moreover,” the report reads, “the transition to broader use of stablecoins as a means of payment could occur rapidly due to network effects or relationships between stablecoins and existing user bases or platforms.”

A stablecoin is a type of cryptocurrency typically backed by a fiat currency like the US dollar or the Euro, though it may also be backed by a basket of investments; the “stable” part comes from how the coin is pegged to its backing.

Stablecoins are used mainly as payment vehicles and don’t fluctuate wildly in value or at least, they’re not supposed to. The new report says the market cap for the most popular stablecoins has grown by more than 500 percent over the past year, to $127 billion.

According to the verge, “the rapid growth of stablecoins increases the urgency of this work,” the Treasury Department said in a statement.

In the report, the working group lays out some of the risks that it says stablecoins could present to the economy or to individual crypto investors.

A number of scenarios could lead to a “run” on stablecoins, where holders tried to redeem them en masse because they’re worried about the currency’s viability.

“Runs could spread contagiously from one stablecoin to another, or to other types of financial institutions that are believed to have a similar risk profile,” the report states, and could pose risks to the broader financial system.

The Solution to the Risks

So what is the solution? Only banks should issue stablecoins. Plus, anyone providing custodial cryptocurrency wallets should be “subject to appropriate federal oversight.” Failure to act would place a lot of people at risk, the report says.

If Congress doesn’t act, the working group recommended that the Treasury Department’s Financial Stability Oversight Council take steps to designate some stablecoin activities as systemic risks, which could subject them to further federal scrutiny.

In October, the US Commodity Futures Trading Commission (CFTC) fined the issuer of the Tether stablecoin $41 million for making misleading statements between June 2016 and February 2019, falsely claiming its stablecoins were fully backed by fiat currencies.