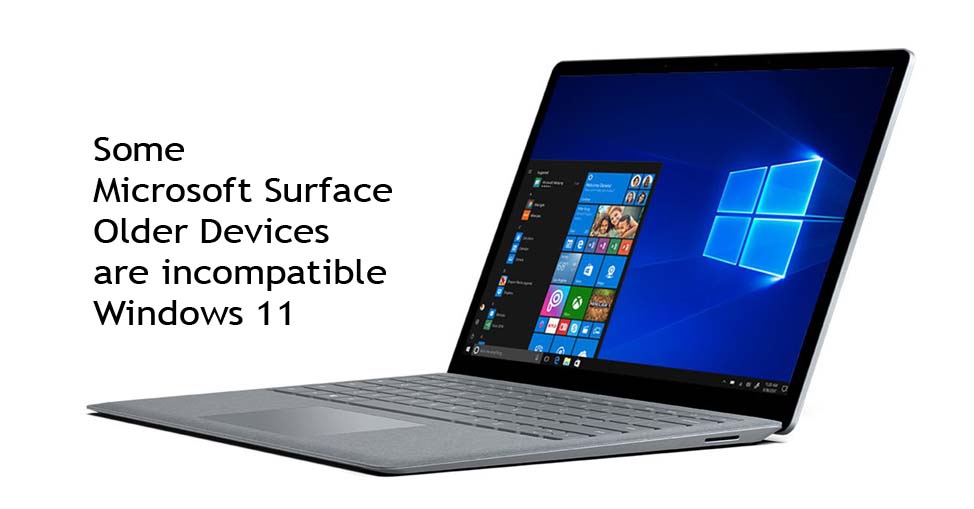 After right after they announced the new operating system earlier at the beginning of this week, Microsoft just confirmed that about half of the existing Surface lineup of devices would not be eligible for you to upgrade to Windows 11. Since the Surface line of devices debuted, Microsoft has developed and shipped around 25 different models.

When pressed for specific Surface devices that might not be allowed to upgrade to Windows 11, Microsoft confirmed that only five of its legacy devices would be eligible.

Microsoft is coy with an exact why a lot of its Surface devices would be ineligible for windows 11, but the assumption that it is has to do with hardware minimum requirements. The basic hardware requirement calls out the need to have a TPM 2.0 coprocessor, which most legacy surface devices do not have.

Out of the 25 Surface devices that have been shipped so far, 13 would be eligible for all the windows 11 updates. Unfortunately, if you happen to have a Surface Pro tablet, all but the latest models would not be ineligible.

It boils down to all the surface devices that have been shipped before 2017 that would likely not support the Windows 11 upgrade. Interestingly, Microsoft has not confirmed the Surface Hub or surface studio that would be upgradable for windows 11 either.

Microsoft stated that Windows computer users that would make use of the PC Health check app to see if their machine meets the minimum system requirements. Devices that Microsoft has now specifically confirmed would offer support in Windows 11 upgrade are below: