Smash ultimate final update turns out to be a lovely story. The final major update for Super Smash Bros. Ultimate is here, bringing the roster of playable fighters to a staggering 82 with the addition of Sora from Kingdom Hearts. 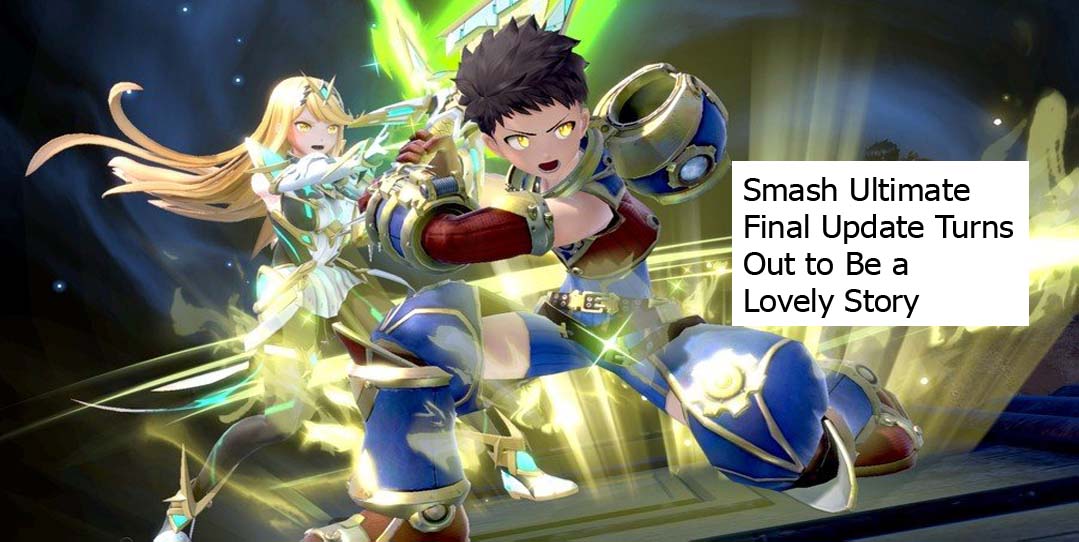 Ultimate’s new update also makes one fantasy reality: Isabelle from Animal Crossing can now hang out (and presumably fight, but I like to think she wouldn’t) the Doom Slayer from Doom.

Smash Ultimate Final Update Turns Out to Be a Lovely Story

Mr. Doom Slayer and Ms. Isabelle is a match made in Final Destination. The two met back in March 2020 when their respective games Doom Eternal and Animal Crossing: New Horizons launched on the same day.

With the vast differences between their two lines of work, the pairing was regarded as little more than an accidental meeting of polar opposites.

But what started as a joke quickly became serious as memes of the two spread throughout the internet, sparking rumors that there was more to this unlikely couple rumors the couple themselves were more than happy to contribute to.

Since then, the two have been engaged in a whirlwind romance, unfortunately, made long-distance due to the COVID-19 pandemic and whisperings that a match with a man who makes his living slaughtering the malcontents of hell would damage Isabelle’s political career. Today, the lovely couple finally smashes those rumors with their union in Smash.

The joyous event also heralds the release of Challenger Pack 11 that features several Mii fighter costume additions, as well as the arrival of the final DLC fighter, Sora of Kingdom Hearts fame.

The ceremony was an intimate gathering attended by Sephiroth, Joker, the Belmont Family, most of the Mushroom Kingdom, Solid Snake, and too damn many sword characters while officiated by the Master Hand itself. We wish Mr. Doomguy and Ms. Isabelle an abundance of turnips, demon slaughter, and love.

A powerful & unknown enemy has attacked – and won. Hundreds of video game characters from past Nintendo games have been turned to spirits by Galeem and his army of Master Hands. Only Kirby has escaped the initial attack, riding a star.

Now Kirby must venture by himself and discover the nature of the World of Light, as he attempts to free the other fighters, which have been turned into mindless puppets by Galeem.