A Smart Display device packs both speakers and touchscreens with voice assistant. These features are built on the devices to enable users to see and hear the reams of information, apps, and other accessible services. 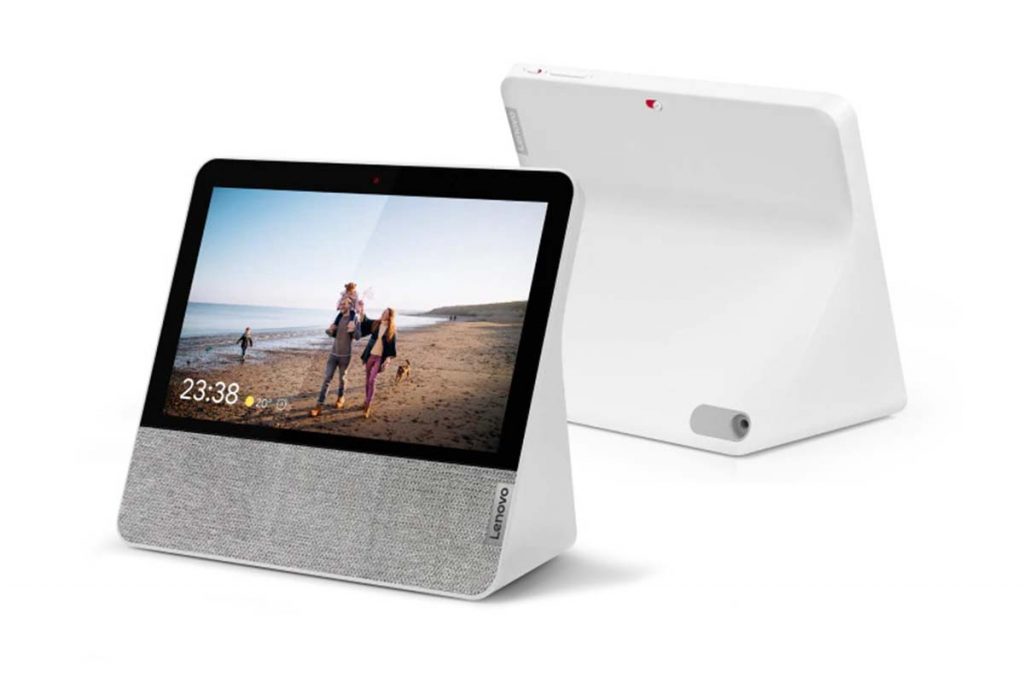 Smart Display screens allow for several capabilities like checking weather, calendar, and viewing song lyrics. They can also be used as a digital photo frame for family snapshots.

There are several companies working on producing a smart display device. But users have come to the likes of both Google Smart Displays and Amazon Smart Displays.

Other major companies that are into such devices include Lenovo, Facebook. Though the Facebook Portal is built more like a communication device than the Smart Display.

It will be wise to get devices that support the same operating system or voice assistants like Alexa, Google Assistant, or Siri. So, if already you are set up with some Amazon Echo or Google Home speakers, then you may want to check out the list we offered.

As said earlier, the most popularly known companies include Google. So, here are some of Google’s devices:

The Google Nest Hub Max may be a curious creation: the continuation of the Google Home smart display range. But one subsumed within the Nest smart home device family instead.

Unlike the Google Home Hub, the Nest Hub Max comes with a front-facing 6.5MP camera, and a very sleek design. It mounts the display on a slanted speaker stand that lifts it a bit closer to eye level.

The audio is far better than you’d get with the common tablet or iPad. And also, the 10-inch screen offers a notable upgrade to the Google Home Hub’s 7-inch display.

In a first for a smart display, this device can help in your sleep. This is by using built-in Soli radar technology to watch the smallest of movements, like the increase and fall of your chest as you breathe when getting some shut-eye.

There are many handy features to assist you both at night and morning. Although, we found the sleep tracking isn’t as accurate as a wearable.

Aside from the sleep tracking, this device is just like to its predecessor, the Google Home Hub. With a 7-inch ‘floating display’, Google Assistant built-in a definite lack of camera- so it isn’t suitable for video calls.

Smart Display products from this company include:

The highlight of the newest Echo Show 10 is its rotating screen which will follow you round the room. It does not take the angular shape like the other versions.

It comes as a rounded aesthetic, that appears more like an Amazon Studio with a screen attached to the front. There’s a 13MP camera too, that uses the rotating screen to pan and zoom during video calls, so you’re always within the center of the frame.

The touchscreen is 1280 x 800 px, roughly similar as the Nest Hub Max above. And it’s fine from the distance you’re likely to be using it. Although the screen is not the main way you interact with the Echo Show

The Amazon Echo Show 5 is not the best out there with low resolution, lack of YouTube support, etc. And also, a fairly unintuitive UI making it harder than necessary to navigate.

However, it absolutely was an early adopter of the physical camera shutter. Letting users be sure that they are not being recorded or watched accidentally.