Smaller Battery Might Debut in Galaxy S22+. Mostly, it is expected that every new smartphone generation accommodates more improvement than the previous one, especially when it comes to specs. Unless there was a major problem in a much older model, that usually means bigger, more hardware, and better. 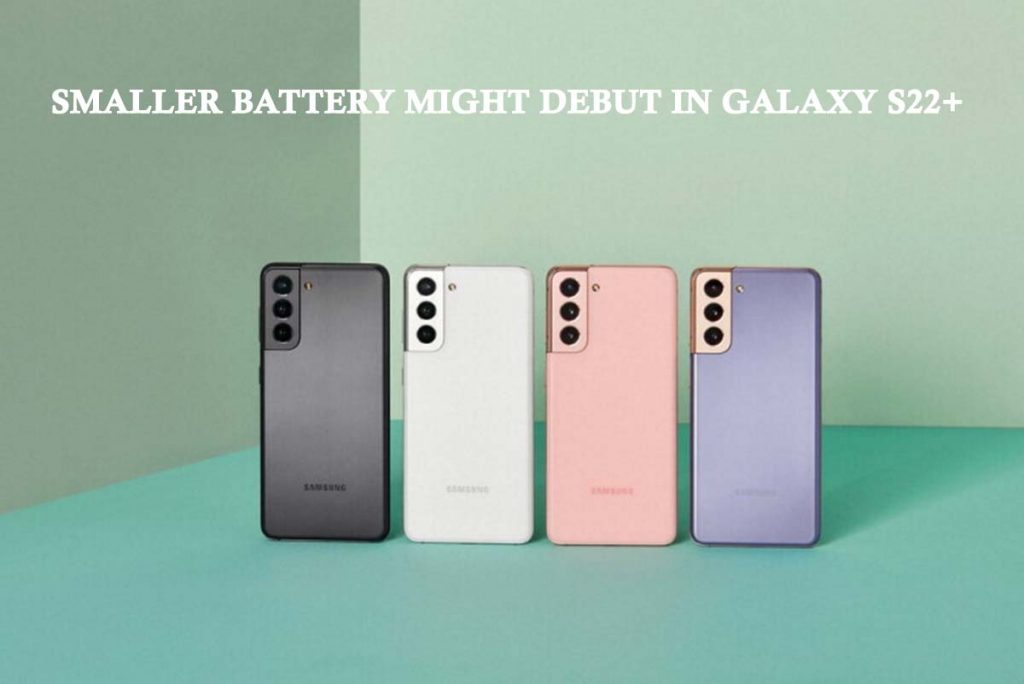 But sometimes, companies decide to backtrack on some stuff and make use of less impressive components for a next-gen phone. And at the moment, this might just be the case with the Galaxy S22+ and its battery, which, when brought together with other rumors, paints a picture that looks more disappointing.

This year, the Galaxy S21+ came with a large battery of around 4,800 mAh battery. Although at the moment it is not the biggest, it was only 200 mAh away from the Galaxy S21 Ultra’s 5,000 mAh pack. You can only expect the next Galaxy S series to come with a much bigger or at least a similar battery capacity, but that seems to not be the case.

Yes, Samsung can get more from the much smaller battery via software optimization and more power-efficient processors. But yet it still does not look very good on paper, though, especially with Samsung also downgrading the battery for the Galaxy Z Fold 3. Well, hopefully, we would be expecting the Galaxy S22+ battery downgrade4 to be offset by some other new and interesting features or perhaps a much slimmer and lighter design.

The Galaxy S22 Series is expected to eliminate the under-panel Camera, for better or worse. Also, there might be more models making use of the Snapdragon 898 than the highly anticipated AMD-powered Exynos 2200. Now it seems like the Galaxy S22 is off to a rough start as far as expectations go, but at the moment, we can only wait to see what unfolds next.