Signal Has Finally Launched an In-App Program to Accept Users Donations. The company is said to have launched an in-app sustainer program that would help receive donations from its users. Secure messaging app Signal has launched a new feature that allows its users to make donations within the app, the company announced. 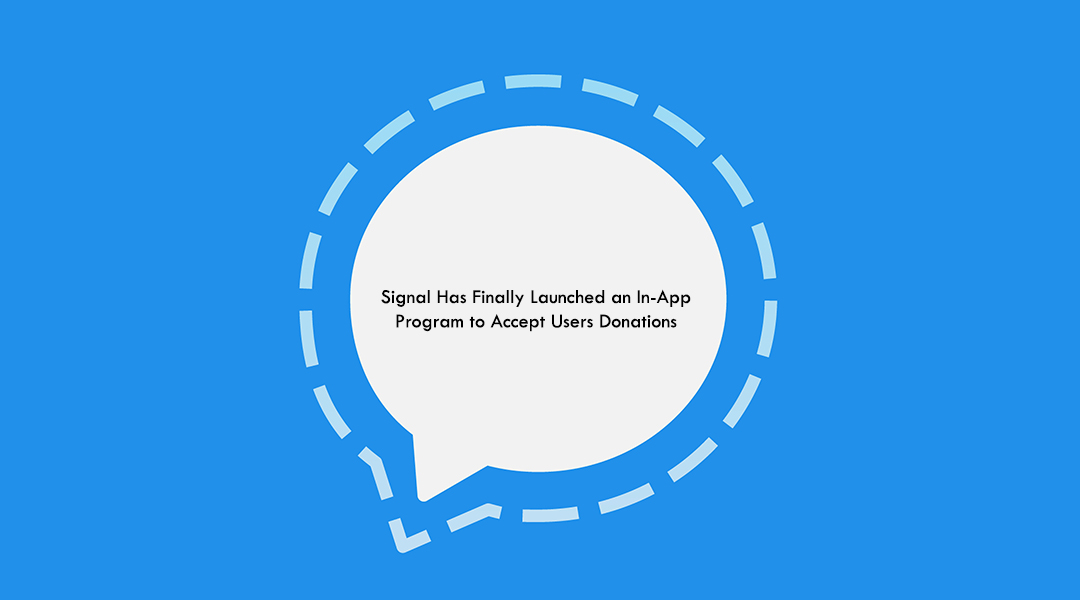 Personally, I think it’s better this way. As a nonprofit, Signal does not accept or receive any financial support from any advertisers or shareholders, a new blog post notes, and relies solely on users for donations.

According to the verge, users can choose to make monthly donations, or one-off contributions within the app using Apple Pay or Google Pay, and their payment information won’t be associated with a user’s Signal account, according to the blog post, as the company will use the same anonymous credential scheme it uses for private Signal groups:

Clients make payments and then associate a badge to their profile such that the server can authenticate the client is in the set of people who made a payment but doesn’t know specifically which payment it corresponds to.

Long a popular messaging app for people who want to secure their text messages, earlier this year, Signal began adding some of the more consumer-friendly features that other messaging apps have had for a while, like stickers and wallpapers.

To donate to Signal, users can choose from three different sustainer levels, at $5, $10, or $20, each with its own badge.

Sustainer subscriptions will only renew if a customer uses Signal during the course of a month; if you uninstall or stop using the app, the payments will be canceled before the next cycle to “eliminate the ‘dark pattern’ of subscriptions you’ve forgotten about,” the company said. Signal plans to add support for additional payment methods in the future.