Samsung to Release a Mainstream Smart Speaker. Reportedly Samsung is working on the Galaxy Home Mini2, a new entry in its mysterious stop-start smart speaker lineup. If the Samsung Galaxy Home mini is not something that sounds familiar, and you are still trying to figure out why there is a 2, then you are not alone. 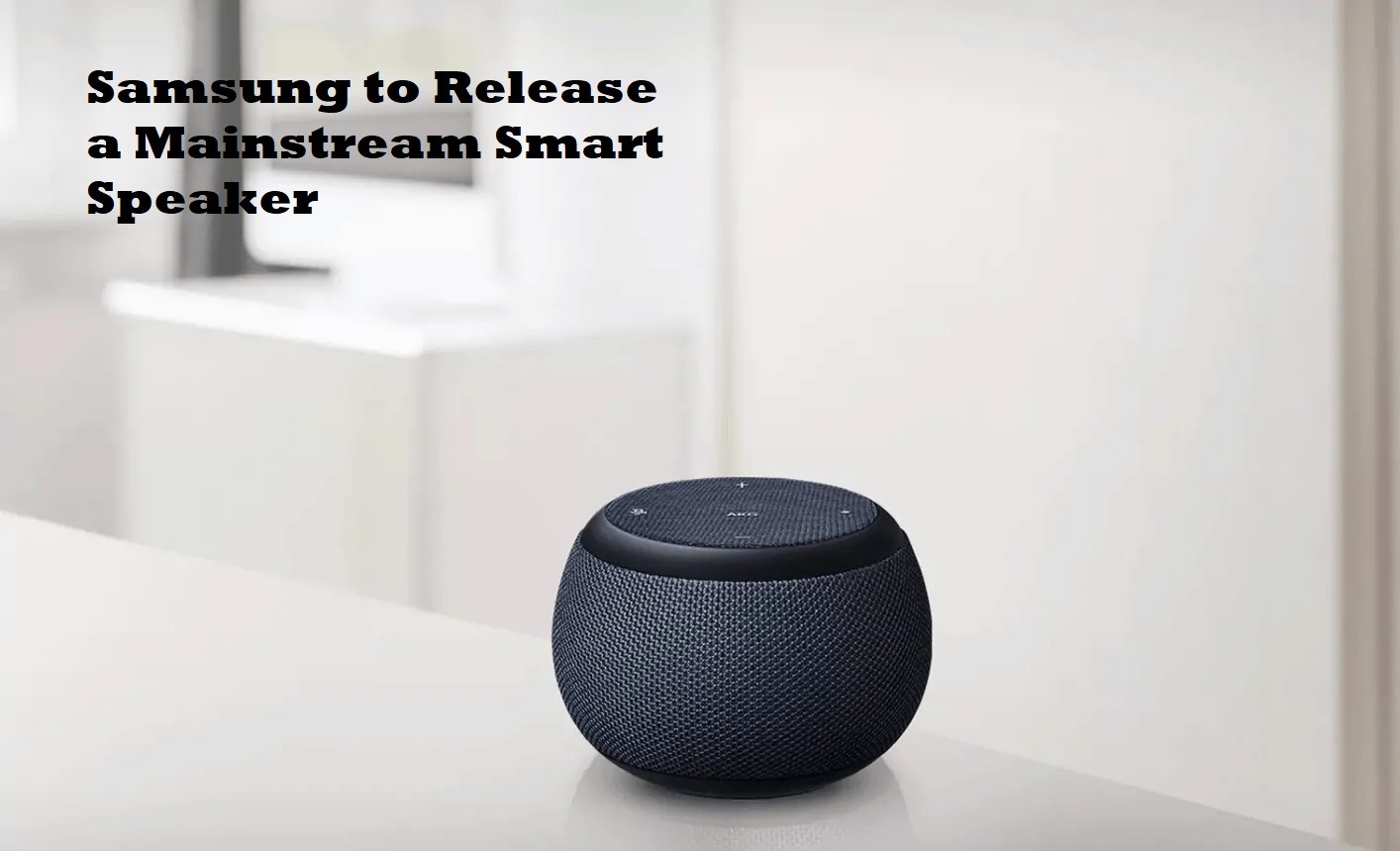 The main Home Mini was made available only in South Korea with purchases of the Galaxy S20 phone, While the Galaxy Home smart device was announced in the year 2018 but it never saw the light of day.

SamMobile added some fuel to the fire when the reported last year that its sources has told them that a new Galaxy Home Mini was already in progress.

We should always take rumors with a pinch of salt, the fact that we have now seen a lot of reports that suggest that we can indeed expect a new smart speaker from Samsung but what would it actually look like? Currently, information on the speaker is limited.

While it is not so easy to imagine that the Galaxy Home Mini 2 will be taking cues from its South Korea-exclusive predecessor, which now seems like a more spherical Google Nest Mini and actually relied on Samsung Bixby Assistant. The new Samsung speaker also would incorporate a screen, but not like those that are available on Google Nest Hub or Amazon Show.

According to TechRadar, it would be a folding display like the one that was reported last year in September. At the time of the discussion, a video from the South Korean IMID expo showed that Samsung made a prototype for a smart speaker with an OLED screen that is flexible.

This unfurling design is expected to allow the device to morph between a sleek compact speaker and a gadget that is bulky with a screen that can share an array of information that is useful and offers videos playback.

In its more compact form, the curved display is expected to show some more information, just like the time and weather, and a Galaxy Home Mini 2 could also include touch controls.

This speculation is not just a wild one, the SamMobile report on the Galaxy Home Mini 2 rumors also stated that speakers are believed to come with some display of some kind.

We would be required to wait a while longer before knowing for certain what Samsung has as a surprise for us all, but we are so happy to see its third attempt at a smart speaker would become more successful than what has come before.