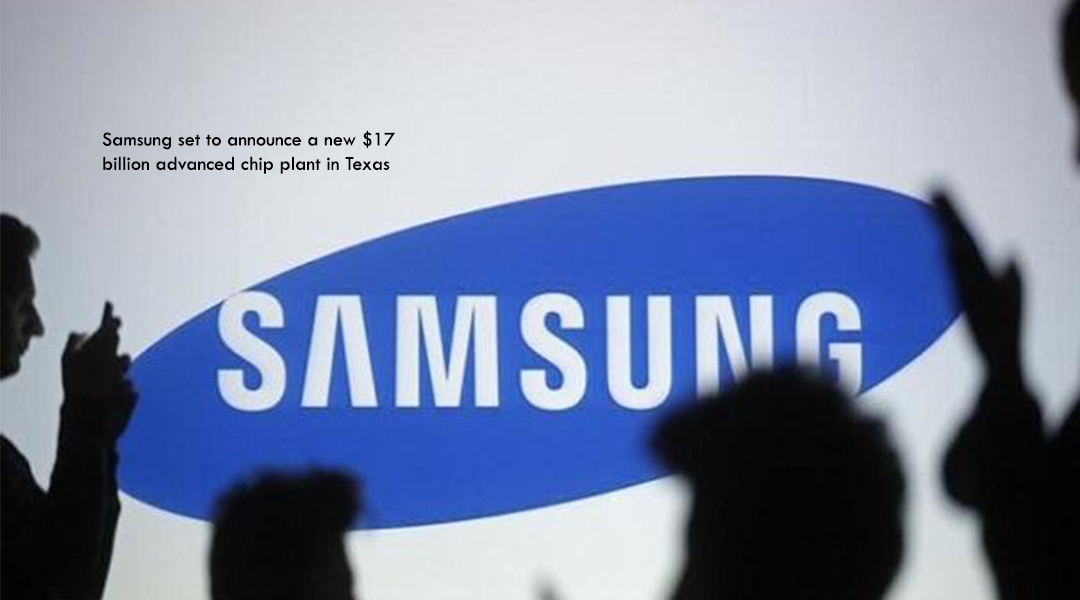 The new plant will reportedly be located in the city of Taylor, roughly 30 miles away from Austin, where Samsung has an existing facility. The new site is roughly 1,200 acres in size, making it larger than Samsung’s Austin plant, the WSJ notes.

According to the verge, the announcement could come as soon as 5pm local time today, when Gov. Greg Abbott is due to make an “economic announcement.” However, the plant isn’t expected to actually start producing chips until the end of 2024, according to previous filings.

Eventually, Samsung is expected to begin using the new plant to produce processors, for its own uses and for use in other companies’ products.

The city of Taylor specifically has also offered Samsung incentives to locate its plant there, which reportedly amount to property tax breaks of over 90 percent for its first ten years, the WSJ notes.

Samsung is a giant in the memory chip manufacturing game, but it’ll likely use the Taylor plant to manufacture advanced chips for other companies based on their designs.

Previous reports have indicated this new plant could produce chips as advanced as 3nm. Samsung has previously produced chips for companies like Qualcomm and Nvidia.

The company declined to comment to the WSJ on its report, noting only that “a final decision has not yet been made regarding the location.”

Expansion Comes as the Global Semiconductor

The expansion comes as the global semiconductor shortage continues to cause major problems for everyone from console makers to car manufacturers. It’s a situation that’s unlikely to abate until at least 2023, according to recent comments from Intel CEO Pat Gelsinger.

In response, the Biden administration is attempting to bolster US chip production, reducing the potential for supply chain disruption and reversing the country’s declining share of manufacturing in recent decades.

The Senate recently approved $52 billion in subsidies for new chipmaking plants, though the CHIPS Act is yet to pass in the House of Representatives, according to Bloomberg.

The chip-making industry has production capacity increases planned, but many of the new plants won’t be online anytime soon. TSMC and Sony’s new $7 billion chip factory in Japan won’t see production start until the end of 2024, the same year as TSMC’s new $12 billion Arizona plant.

TSMC has said it plans to invest over $100 billion in new chip factories over the next three years, while Intel plans to spend a similar amount over the next decade on investments in the US and Europe.