Samsung releases Android 12-powered One UI 4 for Galaxy S21 phones. Samsung is making its One UI 4 software update available for the Galaxy S21, S21 Plus, and S21 Ultra starting today, the company has announced. 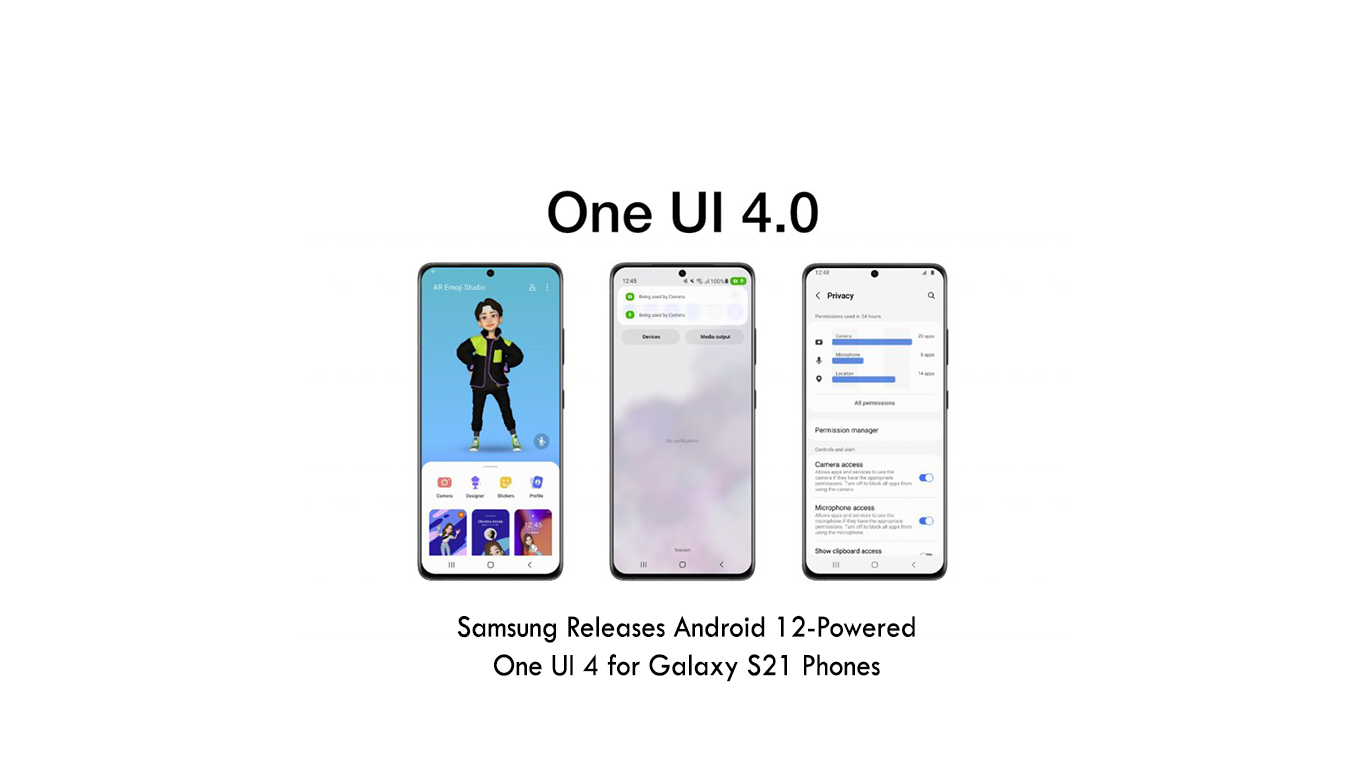 According to The verge, the update is based on this year’s Android 12, was released in public beta in September, and adds new theming options, keyboard tweaks, and privacy settings.

The new features coming with the latest version of Samsung’s software should look familiar to anyone who’s been keeping up with Android 12’s upgrades.

First up is a Material You-style overhaul, including the ability to change the operating system’s color scheme based on your chosen wallpaper, and there are also redesigned widgets.

New privacy-focused features include a Privacy Dashboard that keeps track of how often apps are requesting sensitive information from your phone, and there are also new indicators that show when the phone’s camera or microphones are in use.

Other new features include a tweaked keyboard that offers more animated emoji and stickers. Although the One UI 4 update is currently limited to Samsung’s S21 series, the company says it’ll be available “soon” on a range of its other devices including older Galaxy S, Galaxy Note, and Galaxy A devices, as well as Samsung’s foldable, and tablets.

Although its press release doesn’t give an official timeframe for the update’s release on these phones, a notice that appeared in the Samsung Members app in Korea earlier today gives a better idea of timings.

According to this notice, which was deleted shortly after being posted, the Z Flip 3, Z Fold 3, S20 series, Note 20 series, Z Fold 2, and Z Flip 5G could receive their One UI 4 updates in December.

Older foldable, as well as Note 10 and S10 devices, appear likely to follow in January, while Samsung’s tablets could start receiving the update from February, starting with the Tab S7 and S7 Plus.