Samsung Moves to Merge Consumer Electronics and Mobile Businesses. Samsung Electronics has recently announced an internal reorganization of its businesses with several changes to the company’s leadership. 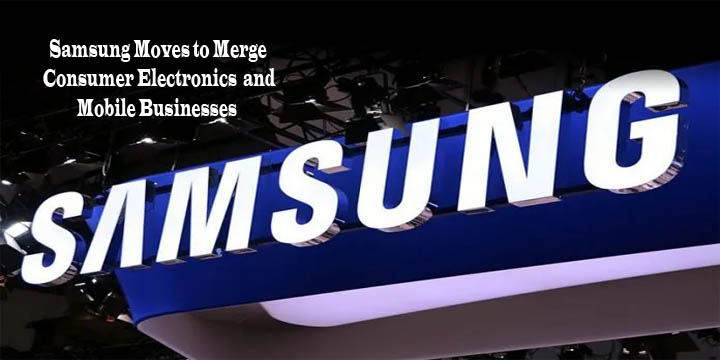 The company will be having two new CEOs overseeing two divisions: Device Solutions, which is the semiconductors business, and a new SET Division that includes mobile, TVs, and consumer electronics.

The verge noted that this is one of the biggest changes to Samsung’s structure since 2017 when the company appointed three leaders for three separate divisions.

Jong-hee (JH) Han, the head of the Visual Display business, is also now a co-CEO with responsibility for the SET division.

Samsung credits him with having led the company to the top position in TV sales worldwide for 15 years running and says he is “expected to strengthen the synergies among the different businesses in the SET Division and help drive new businesses and technologies.”

The other new CEO is Kyehyun Kyung, previously CEO of Samsung Electro-Mechanics. He’s also worked on Samsung’s flash memory product team and the DRAM design team in the past, and will now be tasked with leading Samsung’s all-important, highly profitable semiconductors division.

Samsung has also named heads of North American offices for both the SET and DS divisions, as well as a new CFO, Hark Kyu Park. The management shakeup effectively streamlines the sprawling tech giant’s organizational structure into two businesses for consumer products and components respectively.

I know everybody knows about Samsung, but for the benefit of the doubt let’s still talk about it. Samsung is a South Korean company that is one of the world’s largest producers of electronic devices.

Samsung specializes in the production of a wide variety of consumer and industry electronics, including appliances, digital media devices, semiconductors, memory chips, and integrated systems.

It is one of the best companies in the world. They are especially known for their amazing Android phones. Stable software, Durability, Good camera, Quality, and reliability are the main plus point for Samsung.

Samsung, the world’s global brand value ranks 5th two years in a row. Samsung Electronics Co., the leading maker of smartphones and memory chips, was ranked fifth among the world and rsquo;s top 100 corporate brands for the second year in a row, according to a consulting firm Thursday.

Although consistency is still Apple’s strong suit, the camera experience as a whole feels a lot more refined, fun, and versatile in Samsung smartphones. For the people who like to play around with their camera and experiment with new camera features, Samsung phones are the ones to go for.