Roblox is Finally Back Online after an Outage Which Lasted Three Whole Days. After an outage that began Thursday evening, Roblox finally came back online late Sunday. The company said in a tweet at about 4 PM ET Sunday that it was “incrementally bringing regions back online.” 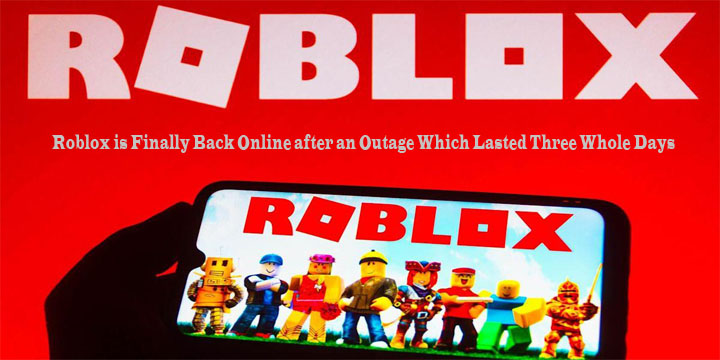 Roblox CEO David Baszucki wrote In a blog post that the company would “publish a post-mortem soon,” and take steps to try to avoid the issues that caused the outage in the future.

“To the best of our knowledge, there has been no loss of player persistence data, and your Roblox experience should now be fully back to normal,” Baszucki wrote. “We are grateful for the patience and support of our players, developers, and partners during this time.”

Cause of the Outage

The problems began October 28th around 7 PM ET, when the platform first reported it was having issues, and said it was “working hard to get things back to normal.”

Some speculated that the outage was caused by a cross-promotion with Chipotle that went live about a half-hour before the problems began, but the company said the outage was “not related to any specific experiences or partnerships on the platform.”

Roblox confirmed in a statement to The Verge late Saturday that the outage wasn’t the result of an “external intrusion,” and that it had identified an “underlying internal cause.”

On Sunday, the company said in a tweet that it had identified the root cause of the issue and a solution, but didn’t provide any further details.

It was a remarkably lengthy outage for the wildly popular game-building platform which counts more than 40 million daily users.

It provided few updates during the process, going nearly 24 hours between status page updates at one point. It also likely made for a long weekend for parents; more than 50 percent of Roblox players are under the age of 13.