There are a lot of people likely not to have watched the Resident Evil Movies in Order. This can be confusing when trying to understand the movie.

Resident Evil is one of the best zombie movies of all time, and you’ve missed out if you didn’t get to watch it. 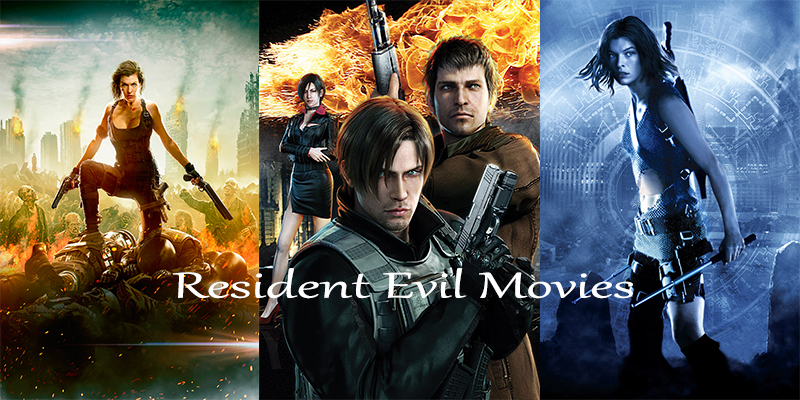 If either it’s your first time or you want to rewatch this movie, then you should check first on this article. I have arranged the Resident Evil Movies in the appropriate order for your better understanding.

Some might have watched the movie in the order of release, while others in order if the movie name. But there is a proper storyline to follow to better understand the movie.

The movies are of 6 different parts. So, you might get confused of which you could begin watching from.

Follow this order of arrangement to watch the Resident Evil Movies for a better storyline understanding:

In this movie, there is a period of time Alice wasn’t even involved. And Jill Valentine took the spotlight until Alice serves as Deus Ex Machina a little bit.

Also in this movie, there is a final throwdown where Alice and Nemesis had a cool fight. If you want to begin watching the movie again, then you should watch this one first.

Lots of people consider this part as their favorite. It is extremely well placed as the Umbrella soldiers team goes deeper into the hives to see why the AI killed everyone.

This movie started with an army of Alice clones in the Umbrella facility, where they all die. Then Albert Wesker came out as a hologram in Extinction and injected Alice with a serum to take all of her powers away.

The next focused scene is when Alice was flying a plane to look for her friends that survived in the last movie. She found a friend in Alaska and landed on the top of prison when she went back to California.

In this part of the story, zombies have already taken over the whole world consuming any living thing they come across. There is a group of survivors on a caravan of buses moving from place to place.

Also, there is an Umbrella scientist that injects zombies with a serum to make them docile like the 1985 zombie classic. Alice on this part has psychic powers and is being tracked by Umbrella through their satellite.

This part ended as Alice kills the big bad scientist that turned into a giant monster, and later she found an army of clones of herself.

Alice finds herself teamed with Claire Redfield and some other survivors fighting off the army. There are multiple versions of lain Glen because this is a late-era Resident Evil movie and clones everywhere.

In this part, Alice finds herself going to the Umbrella facility in Siberia. There, she has to fight her way through virtual biomes where bioweapons are tested together with Ada Wong.

Out of the other Resident Evil Movies, this is the one that feels like a video game. It feels like the characters are fighting through game levels with ridiculous boss fights at the end.

Here is a list of all 6 part of the Resident Evil Movies:

And that’s all for the now. More research can be done on Google.