The Commonwealth of Puerto Rico (Estado Libre Asociado de Puerto Rico), is an unincorporated territory of the United States. It is located in the northeastern Caribbean, east of the Dominican Republic and west of both the U.S. Virgin Islands and the British Virgin Islands. 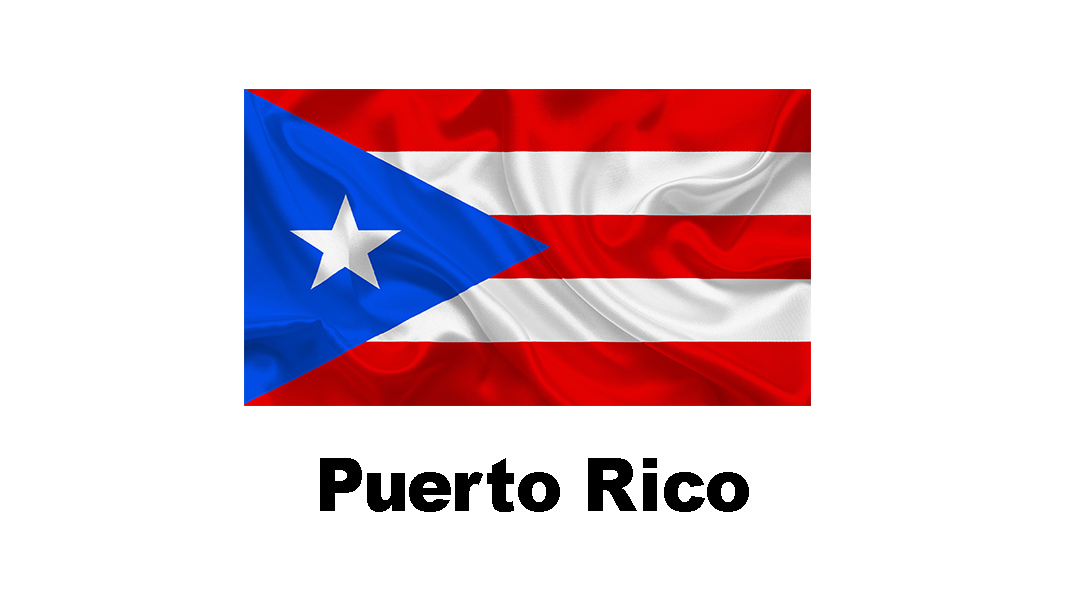 Puerto Rico is 100 miles long and 35 miles wide, making it the smallest island of the Greater Antilles. Puerto Rico (a Spanish word meaning “rich port”) consists of a group of Islands that includes the main island of Puerto Rico and several islands: Vieques, Culebra, Mona, and numerous islets.

Capital: San Juan, located on the northeast of the island.

Location: the Caribbean, island between the Caribbean Sea and the North Atlantic Ocean, east of the Dominican Republic.

Language: Spanish and English are the official languages of Puerto Rico.

The name Puerto Rico was gotten from the words “rich port“ because of the gold discovered in its river. The name of the capital city is San Juan. Puerto Rican bloodlines and culture evolved through a mixing of the Spanish, African, and indigenous Taino and Carib Indian races.

Puerto Rico remained a province of Spain until the Spanish-American war when U.S. forces invaded the island with a landing at Guánica. Under the Treaty of Paris of 1898, Spain ceded Puerto Rico (along with Cuba, the Philippines, and Guam) to the U.S.

Puerto Rico, a territory of the United States located between the Caribbean Sea and the Atlantic Ocean, east of the Dominican Republic. This territory consists of the main island of Puerto Rico along with over 140 smaller islands.

Below are the top Puerto Rico resorts:

San Juan (Spanish for St John) is the capital city of Puerto Rico. It is the most populous municipality in the commonwealth of Puerto Rico. San Juan was founded by the Spanish colonists in 1521 and it was formerly called Ciudad de Puerto Rico.

San Juan is Puerto Rico’s most important seaport and the island‘s cultural, tourism, and financial center.

Perto Rico is safe for travelers who take the appropriate safety measures regarding the covid 19 pandemic. Take note of the hurricane seasons before traveling to Puerto Rico. Normal precautions should be taken to problems like pickpocketing and robbery. Further research can be done on Google.