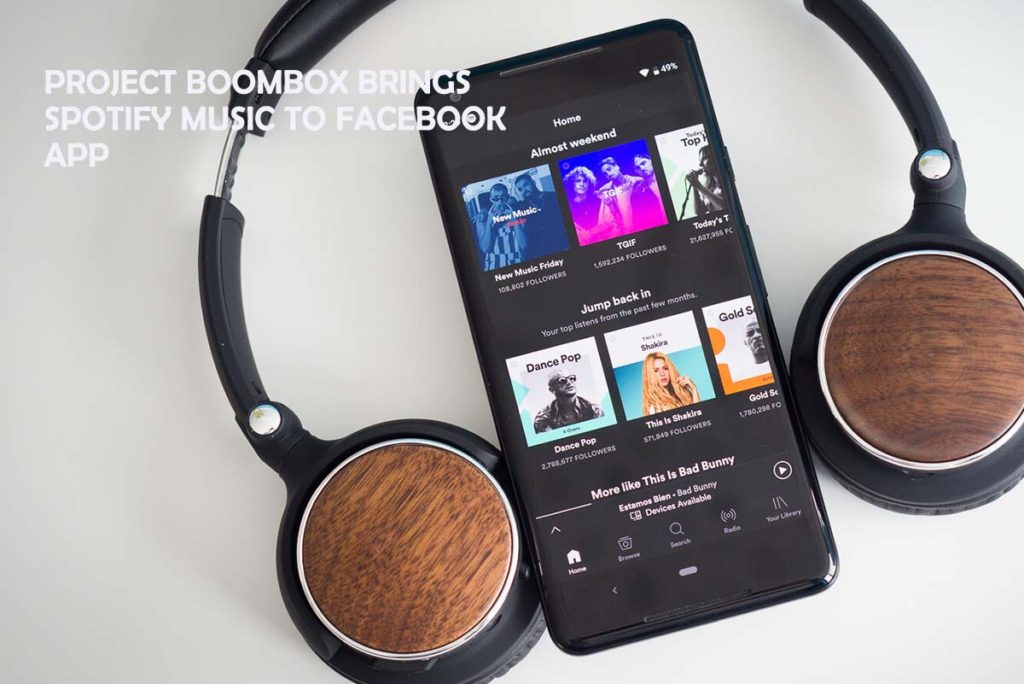 At the moment, Facebook has decided to go out on all its social audio thrust but not all the entire music and podcasts that it would play would come from all its own users.

While the social networking giants have a lot of users that can come up with original audio content, and other companies have the advantage when it comes to more creators and channels established. Facebook and Spotify are working together to bring up the latter’s treasure of audio content to all users of Facebook, without having to leave the app.

It is not so hard to switch between two apps on bother iOS and Android Apps. Having to play Spotify in the background while you are using Facebook is Trival but having to go back to Spotify in other for you to change tracks, playlists, or podcasts, can take you out of the zone sometimes. This is one of the inconveniences that Spotify and Facebook have been trying to fix for quite some time with the project Boombox and it might just Apple in its crosshair.

Recently, there have been several rumors that Facebook and Spotify working together to bring podcasts to the social network, which actually made some sense given how podcasting experienced a resurgence in its popularity over the past months. That said, what was revealed was more encompassing as the pod and regular Spotify feature would be covered by Boombox.

As discovered in reports, the Facebook app will integrate a built-in Spotify player that would help users listen to music on Spotify that was shared on Facebook without having to leave the app. This integration will aid Spotify creators and artists share their music on Facebook.

Project Boombox which is the name of this amazing feature is expected to arrive in a week, and this would arrive before all the other announce audio features that Facebook recently announced.

Outstanding Jacket for Travel in Europe