Facebook, the popular social media platform, has launched the start of its push into smart home software and it is forging onward with its Portal gadget initiative. It is known as Portal from Facebook. 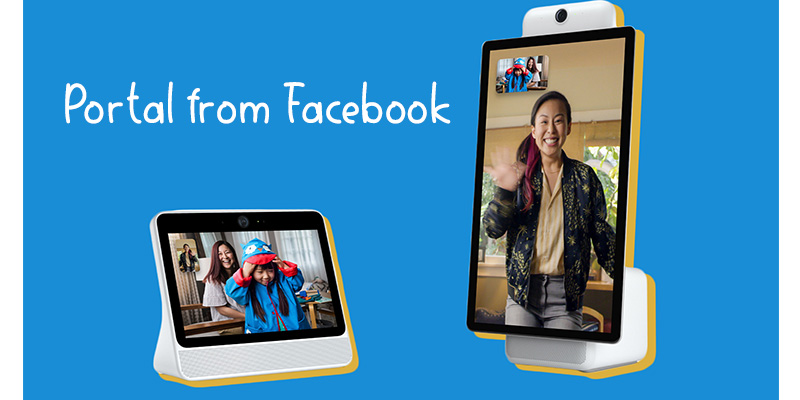 The Facebook Portal utilizes Facebook’s Messenger and WhatsApp to connect users to their friends and family around the world. One feature that sets this frame apart from the rest is Story Time, which lets you read along to children’s books and bring the stories to life through music, animations, and augmented reality effects.

Alexa is also built-in on the Facebook Portal too, and the unit is compatible with a ton of apps for streaming, or just displaying photos when not in use.

Below are the steps to setting up a Facebook Portal;

Portal from Facebook is also the foundation of Facebook’s outreach into becoming a smart home competitor to Google/Nest, Amazon Echo, and Samsung SmartThings.

Unlike a lot of smart home gadgets, including the original Portal, the second-generation Facebook Portal does not look like some tacky futuristic device. It actually looks more like a digital picture frame.

However, in keeping with its aesthetic, the 10-inch touchscreen is surrounded by an ersatz matte border. Surrounding this is a small gap between the border and the exterior of the frame, which not only serves as a nice design element but also allows audio through while hiding its actual speakers.

In the upper left corner of the Portal’s front is the camera, and the top edge above this is a slider that physically blocks the Portal’s camera and shuts off its microphone. Along the left edge are volume controls. The back of the Portal is flat and white except for the center, where a fabric subwoofer domes out slightly.

With the exception of its “foot,” which extends about four inches out the back right corner, the Portal is only 0.8 inches thick and measures 10.2 inches wide by 7 inches tall. The screen automatically reorients itself if you turn the Portal so that it’s either in landscape or portrait mode,

Facebook figured that you can’t carry a display around as you would a phone or tablet, you’re usually stuck in one spot, the Portal solves that issue by tracking your face and digitally panning and zooming its camera so that you remain in the center of the frame as much as possible.

Being the monolithic social networking platform that it is, the Portal lets you make calls not just to Facebook Messenger contacts, but also to contacts on WhatsApp, which is owned by Facebook.

With accounts in both services, calls can be made via Facebook Messenger and WhatsApp, and the quality of both is sharp and clear. One fun aspect of video calls via the Portal is all the filters you can apply not just to yourself, but to the other people on the call.

With its two speakers and rear-facing subwoofer, the Portal turned out pretty good audio for its size. Audio during video calls render equally strong quality. Thanks to the Portal’s four microphones, callers would be able to hear users easily, even from several feet away from the display.

You can add functionality to the Portal from Facebook by installing apps and websites; There are about 12 apps available, including Spotify, Pandora, Food Network, iHeartRadio, Facebook Gaming, ABC News Live, Story Time, and a web browser.

The Portal comes with 18 bookmarked webpages, which include Facebook, Instagram, Google, YouTube, Yelp, ESPN, Twitch. In this way, Although it is not as easy to navigate as it is on a laptop or through a dedicated mobile app you can view your Facebook feed as well as other sites on the Facebook Portal.