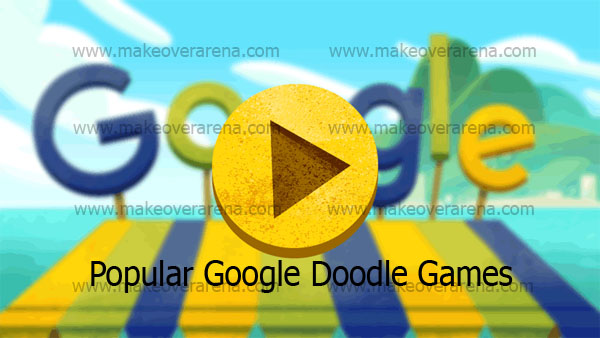 What are Google doodle games? I never knew about these games until I came across them online. Well, it didn’t display that they were Google doodle games, just in case you were wondering. I had to do a little research on it to find out about the name of the game. Now you see the reason why I said you just might have played this game, but due to ignorance or lack of knowledge, you didn’t know.

The Google doodle games are the fun, surprising, and spontaneous changes that are made to the Google logo in celebration of an event. The changes are done in a bid to celebrate anniversaries, holidays, the lives of very important and famous pioneers, artists, scientists and so much more.

The concept of this game came into existence even before the game came into existence. The concept was born when founders, Larry and Sergey played with the company’s logo to indicate their attendance at the famous burning man festival in the Nevada desert. What they did was that they placed a stick figure drawing behind the 2nd ‘o’ in the Google word. The message was done to indicate to the then Google users that they were out of office.

Fast forward to 2000, the founders of the platform asked an intern at the time to produce a doodle for Bastille Day. The doodle was so good, that he was made Google’s chief doodler. That was then doodles started popping up regularly on holidays and prominent days. The doodles on the Google platform have become so prominent in the US and globally. The job of one person is now the job of a team of talented illustrators known as doodlers. Over the years since the inception of Google doodles, the Google doodle team has created over 4000 doodles for Google’s homepages globally.

Some of the most popular Google doodle games are;

These are some of the popular doodle games on the platform.

How To Play Google Doodle Games

However, if you want to play any doodle game after the day it was celebrated, you will have to search for Google doodle games. From the search results, select the doodle game you want to play. You will be redirected to a new page where you will play the game. Click on the play button and then you would be given a tutorial on how to play the selected game. After the tutorial, the game will start.