The PlayStation 5 Soon to Launch Games are much more than the usual Spider-Man: Miles Morales and Demon’s Souls. According to PlayStation, the PS5 console which is set to launch on the 12th of November, 2020 has formally informed its users of the expected games to be released as soon as it drops. Read more on this article to get all the best-launched games ready for the latest Play Station 5. 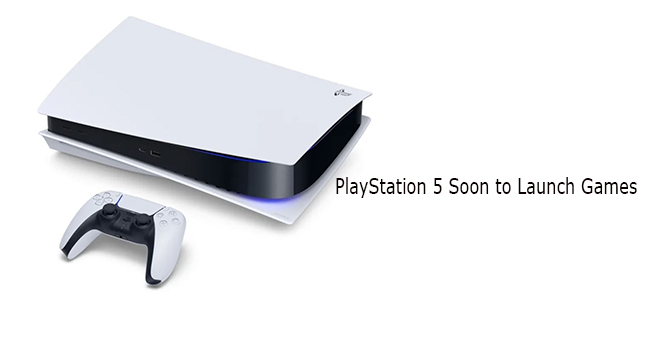 The PS5 launches come with amazing expectations for gamers, just as the games; God of War, Ragnarok, and Horizon Forbidden West, are set to come in 2021 and beyond.

Other games that are not included on this list are Ratchet and Clank: Rift Apart, which will be released during the PS5’s launch date. Additionally, popular games just like the Watch Dogs Legion will be released for PS5 on the 24th of November.

Below are some games you’ll be able to play on the 12th of November.

Assassin’s Creed Valhalla takes gamers back to the 873AD resolution when the Vikings started expanding their tribe into England and Europe. This game will be launched on the 10th of November, 2020, and will be available on every other console, with the PlayStation 5 version releasing alongside the console on the 12th of November, 2020.

The super hard action-adventure game is now been described as “Dark Souls,” but Demon’s Souls was the forerunner to Dark Souls. It was released by From Software years back in 2009, two years before the studio reformed and came up with Dark Souls. Demon’s Souls has now been rebranded exclusively for the PlayStation 5 gamers.

The Godfall is a game set in a fantasy world and published by Gearbox software company, which develops the Borderlands series. This game is an action RPG that keeps you in total control of one of the last members of the elite Knights Order. The whole story on this game hasn’t been yet released but from what has been heard, it will be a top choice amongst its orders.

In 2016 Abzû formerly launched and hypnotized many gamers with its style of art. Now its software developer, Giant Squid, is set to soon launch its follow-up game titled “The Pathless”. The story of this game is following an archer’s journey in a forest, and it looks similarly dazzling.

This has been every basketballers game choice. The NBA 2K21 is already playable on recent and current-generation consoles but set to be delivered into the PS5 on the 12th o November 2020. This game is a paid game and will cost gamers an extra $10 on PS5 and Xbox Series X.

Devil May Cry V Special Edition continues from the scratch from it very first set of action game from Capcom and adds a new feature which includes technical improvements. The game supports ray tracing and can be played by adventured gamers for up to 120 frames-per-second. Additionally, gamers can also play lead actor as Virgil, lead-character Dante’s sinister brother. It’ll be available soon for the yet to be released PS5 and Xbox Series X.

Fortnite which was recently removed from the iOS game store is coming to both the PS5 and the Xbox Series X for its desired gamers. Epic Games says that Fortnite will be optimized for its launch on next-gen hardware and will be migrated next year from the Unreal Engine 4, the architecture it’s currently built on, to Unreal Engine 5 to be released sometime next year.

It is good news for gamers who own Destiny 2 on PS4, as they will get a free copy of the game on the purchase of PS5. Additionally, Beyond Light, a major expansion for Destiny 2 that Bungie says will represent a new era for the game and will be available on launch day.

Call of Duty Black Ops: Cold War is set to hits the PlayStation 5 on the 13th of November, 2020; which is a day after the PS5 release date. And that is the same day it will also launch on PS4, Xbox One, Xbox Series X, and PC.

CLICK HERE to read more about the latest yet to release PS5 console.