Pixel Pass Brings in Googles New Way to Purchase it Phones. Tons of consumers, especially those in the United States, prefer to purchase their phones straight from their mobile carriers, and not really because they like the network. More often than not, it’s usually the subsidies and financing options that usually soften the blow when purchasing a new and more expensive smartphone. 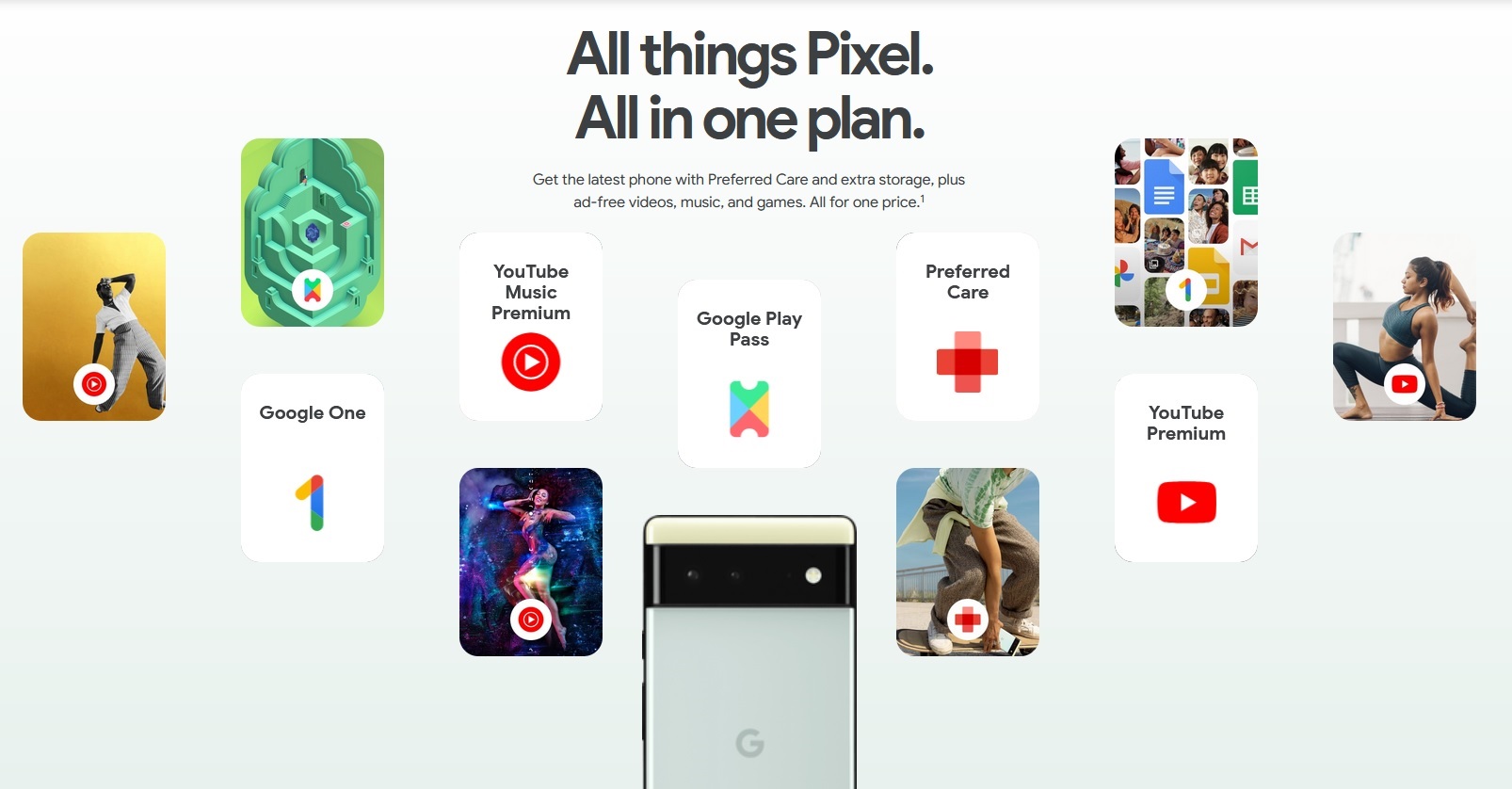 Of course, Manufacturers have already started to offer these options to get customers to purchase phones straight from them, and Google’s new Pixel Pass took advantage of that idea by placing the pixel 6 buyers knee-deep in its services for quite a long time.

Just as stated in a leak, the pixel pass Is more like Google’s response to Apple One, but it is accommodated with an interesting twist. Both of the subscription programs revolve around each company’s services covering music streaming, cloud storage, and gaming. The main difference here is that Google has taken pixel 6 or pixel 6 pro to the market with that subscription.

The thing with this deal is that Google is offering its services as a bundle for purchasing a pixel phone under some financing option. The pixel Pass allows you to get a pixel 6 for $45 a month or a pixel 6 pro for $55 per month, with an option for you to upgrade to a new phone just after a period of two years. In a way, this is similar to Apple’s own iPhone upgrade program, though for 24 months instead of Apple’s 12.

The services included when it comes to the pixel pass pretty much bundle Google’s most notable subscription offerings. There’s a 200GB Google One tier, both available on the YouTube Premium and YouTube Music Premium, and Google Play Pass (Which might just be too easy to confuse with the pixel pass). Also, there is device protection courtesy of the preferred care coverage.

The Pixel Pass can also be gotten from Google Store, where you get an unlocked Pixel 6 to use on any network. Alternatively, buyers also can get it via Google Fi with a Phone plan and get a $5discount on the monthly fee. Pixel Pass subscribers can get to cancel it anytime, but they would have to make payment for the remaining value of the Pixel phone at the regular price.