OnePlus Nord N200 5G Update commitment only offers just a small improvement. Despite some rumors here and there, the OnePlus still happens to be one of the darlings of the smartphone market. That image, however, seems to be fading away thanks to the too many missteps that is in the department of software. 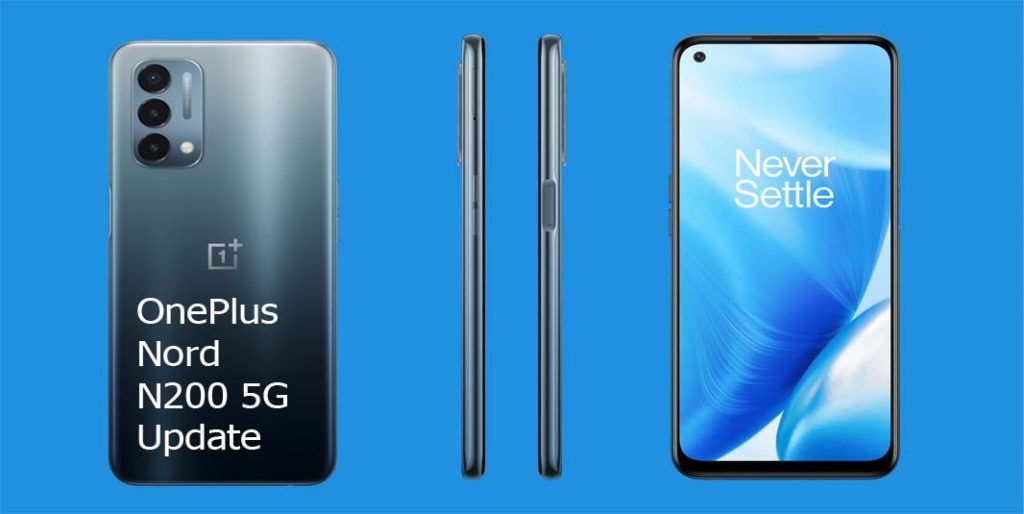 That may just have been one of the primary reasons, or at least the public justification, for OnePlus’ “merger” with OPPO. The Fruits of that particular joint effort probably would not be felt right until months or even years later, as the case of the OnePlus Nord N200 5G seems to prove.

Given the fact that it has the “Nord N” brand, probably because it did not come with high expectations. When it came to the OnePlus Nord N200 5G’s software updates. After all, its predecessor, the OnePlus Nord N10 5G. And the Nord N100 shocked all the OnePlus fans that have grown accustomed to the company’s rather generous promises on the front. The two of them would be receiving a major Android update to Android 11 that is yet to arrive. And security updates have been sparse or slow or two of them.

OnePlus confirm while speaking to 9to5Google, OnePlus confirmed that the Nord N200 5G would be receiving one huge update. That would be Android 12 that at least has not been launched to the public yet. Giving OnePlus more time and lesser excuses to get ready for the update for the phone on time.

This “improvement” would be coming with three years of maintenance updates. That includes security updates and perhaps some little fix coming from OnePlus. That’s one year more than what was promised for the OnePlus Nord N10 and N100. But the company is yet to clarify how often those updates would arrive. This could actually range from monthly updates to quarterly to even bi-annual releases alone.

OnePlus has now hit the nail right on the head when it admitted basically that its software updates required some good numbers of polish. Whether it needs to merge with OPPO remains questionable. The main question here is whether it actually has the effect intended, and OnePlus fans would have to look through the Nord line to get its Answers.