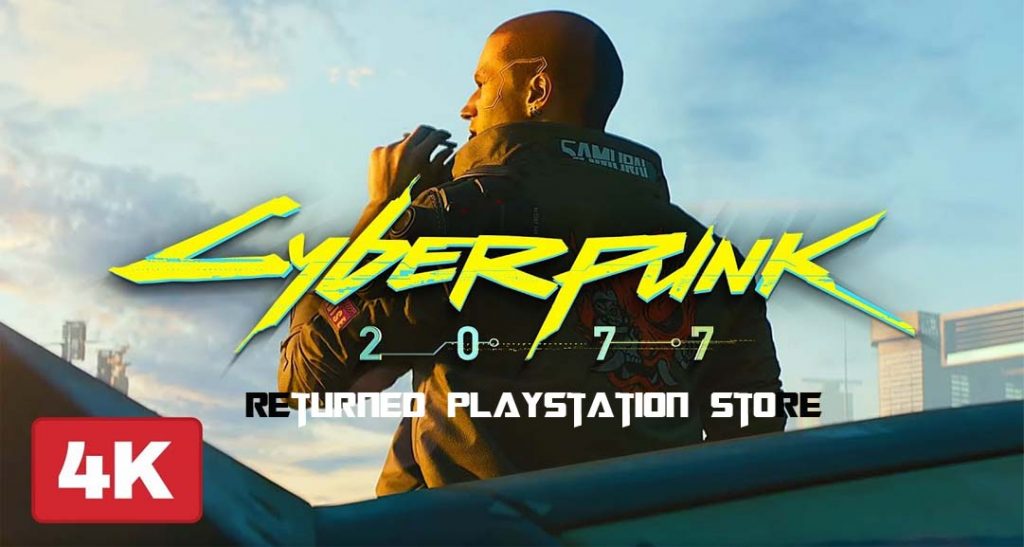 While the game has just made its Epic comeback today, it did not come alone. The game returned to the store with a warning for all PlayStation 4 owners.

Cyberpunk 2077 has is now available in the PlayStation store. The work on the PS4 version continues, with fixes and updates about to be released all through the year. As stated in a PlayStation tweet recently. “To get the best experience on PlayStation, Playing on PS4 Pro or PS5 consoles is recommended.

Indeed, a warning that is similar on the PlayStation Store listing for Cyberpunk 2077. “IMPORTANT NOTICE: users continue to experience performance issues concerning this game,” the warning states. “Purchase for Use on PS4 system is not recommended. For the best Cyberpunk experience on PlayStation, Play on PS4 Pro and PS5 Systems.”

Cyberpunk 2077’s problems on the last-gen consoles have been documented very well at this point. While the game did not run very well on any of the platforms outside of top-end PCs and Stadia at the launch. It ran particularly poorly on the base PS4 and Xbox one models.

The CD Projekt Red Fixed a slate of issues with some of the two big patches at the starting of the year. And it plans to keep making more fixes available throughout the remaining part of the year.

The major question here is now if the game would get a significantly better state on PS4. And Xbox One after those patches and fixes have been implemented. We would see what happens from this point onward. But now it is probably the best that you hold off purchasing Cyberpunk 2077 unless you’re Playing on a PS4 Pro or a PS5.