Exciting times for every gamer out there as NVIDIA GeForce RTX 3080 20 GB graphics card confirmed by gigabyte. A confirmation was made by Galax during an international roadmap presentation that NVIDIA was preparing several new SKUs for its GeForce RX 30 series family. The GeForce RX 30 series will include a family of GeForce RTX 3080 20 GB, GeForce RTX 3070 SUOER/Ti, and the GeForce RTX 3060 graphic cards. Before the confirmation, there have been reported leaks by unknown sources at Baidu forums. And was spotted by some twitter users some weeks ago. The roadmap which included the series mentioned already was also included in the leaks. 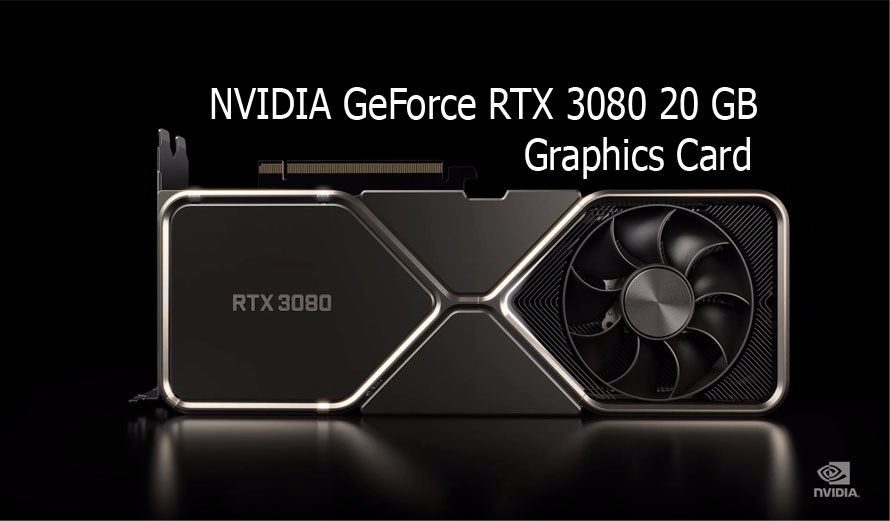 The graphics card that has been around is the GeForce RTX 3080 10 GB model. And as the name of this very graphic card implies, GeForce RTX 3080 20 GB, it will feature as twice the existing memory. This graphics card is sure to be coming with a whole lot of improvements and surprises. Well while some gamers may not be surprised as to the additions it will be coming with some may be surprised. But whichever case it may be, you should be ready for it.

This card is expected to come with a dual-sided memory and it will be positioned directly against AMD’s big navi Radeon RX 6900 XT GPU. This AMD is expected to feature a 16 GB GDDR6 memory. With the introduction of the GeForce RTX 3080 20GB graphics card. The gap between the RTX 3080 10 GB and RTX 3090 for persons with a little more to spend will be bridged. This card will offer more memory for users and gamers alike and aside that. It will also feature faster clocks and a better core configuration, well not much but slightly.

I have already explained and mentioned some of the things and features to be expected with the NVIDIA GeForce RTX 3080 20 GB graphics card. But here are some more pieces of information on what to expect just in case you are just joining. The GeForce RTX 3080 will feature between the RTX 3080 10 GB and the RTX 3090 24 GB graphics card. And you should also know that both the 10 and 20 GB models will exist within the lineup. But expect that you will have to pay more for the 20 GB model.

Dubbed as the biggest generational leap in the NVIDIA history. If you are a serious PC gamer out there then you need to get your hands on this next-gen graphics card. But before you do that it is important that you know the price for it. Considering the price for this graphic card. I will conclude that it is cheap, well not that cheap. But it is worth the piece of software you will be getting in return. The starting price for this graphic card is expected to begin at $699. You can get this card since it has already been launched from game stores. And online marketplace platforms such as Amazon and the likes of it.