Did you know that Apple is boosting the Chinese production of apple watch and iPad? Yes, while this might seem farfetched and entirely impossible, it is absolutely true. According to a chain supply china report, this is what is happening at the moment regarding apple products and the Chinese market. One might question the motives of this and are right. Well in a time where the trade relations within the Chinese and the American government are simply not in terms. This move seems like the not so right move to make. But in reality, we are seeing the absolute opposite. This has however led to so many questions, but one, in particular, has been on the lips of every person out there, why now? 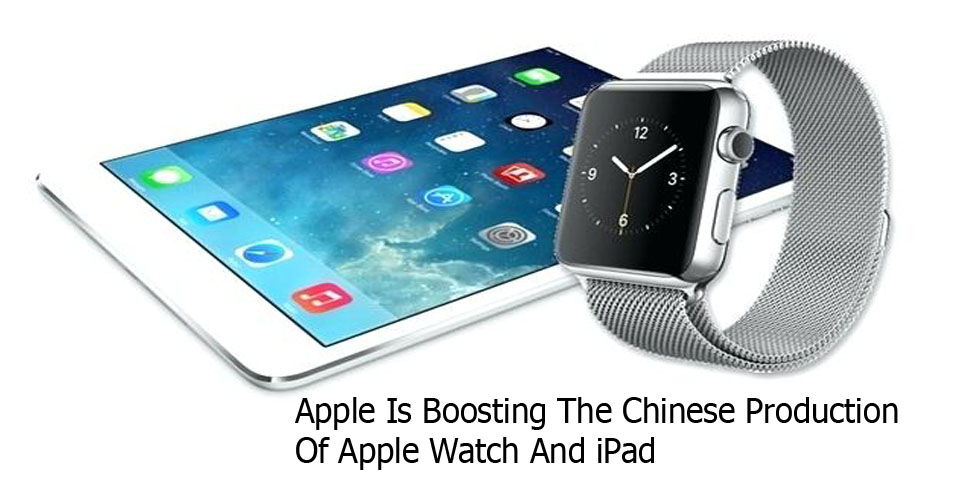 Apple Is Boosting The Chinese Production Of Apple Watch And iPad

Experts in the field as termed this as an odd time to boost production of products on the region especially when the company in question apple has been trying for some time now to reduce its dependency on Chinese manufacturing. Since the tensions between the US and Chinese markets were ignited some time ago. One could clearly see that it has drastically reduced since then but not fully. Since the reduction of the tensions between both nations, it seems that the situation has been reignited after the white house’s clampdown on some popular Chinese apps.

Now since the tensions are still there, there is still no better explanation as to why Apple, an American-owned company is trying to boost productions and manufacturing of its products in a region that is pretty hot right now. It is no longer news that the apple watch series 6 was launched just recently with some pretty cool and amazing features. One might therefore ask, is this the reason for the boost and increase in manufacturing? Well if you would love to find out, then you will have t continue reading.

Now back to the question that everyone has been waiting for an answer to, why is Apple boosting the Chinese production of apple watches and iPads? Earlier on I said there was an explanation to the move. And I wasn’t wrong as in fact there is one. In the recent wake of the trade tensions between the US and Chinese governments. Apple is seeking for more Chinese suppliers to satisfy the local demand of the Chinese. However, for non-Chinese markets, apple will rely on Taiwanese makers to help in establishing production sites outside of China. And yes due to the release of the new iPad and Apple Watch devices. Apple is increasing and boosting the production of the products in China. And since it cannot make use of any of is production sites outside of China. It has to rely on Chinese suppliers and manufacturers.

In the US, the mac series are being manufactured by Quanta and Foxconn. In India, Pegatron, Wistron, and Foxconn are the main manufacturers of iPhone’s to cater for the local demands. On the other hand in the Vietnam markets. Compal, Pegatron, Inventec, and Foxconn have plants that will help in manufacturing AirPods, iPhones, and iPads currently. Since the launch of the apple watch series 6, Luxshare precision industry is the secondary supplier. While BYD is one of the suppliers for the newly launched wi-fi iPad series according to sources. At the moment, the Foxconn technology group and Compal electronics are the main suppliers for the new apple watch and iPads.