It has been reported that Nintendo is set to make 20 percent fewer switches because of chip shortage. The gaming company will now be making or producing rather, only 24 million units through March 22. 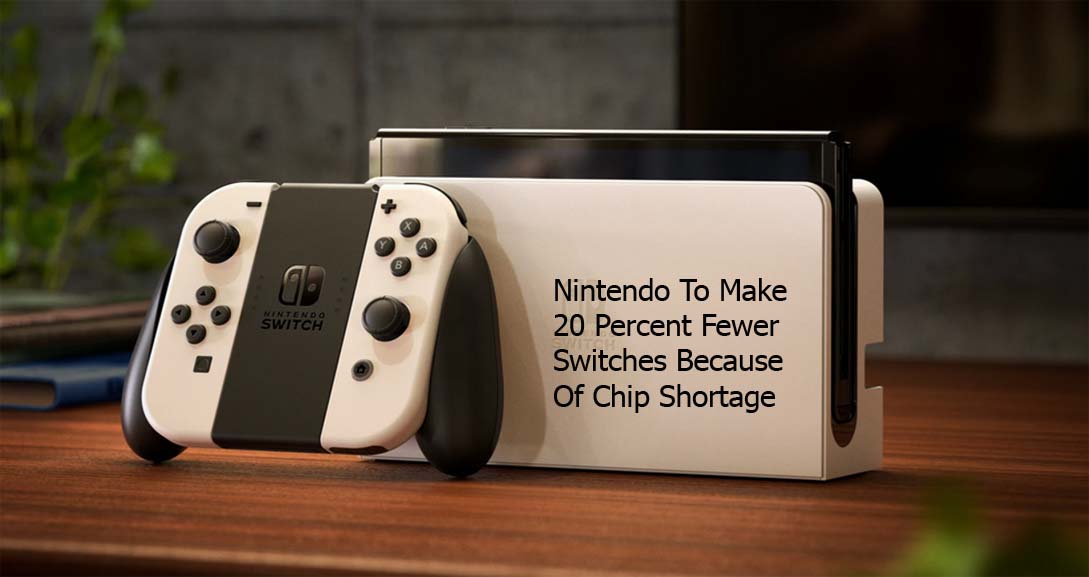 Nintendo To Make 20 Percent Fewer Switches Because Of Chip Shortage

It is no longer news that there is a shortage in chip production globally and the effects of this shortage can be felt all through areas of technology. The effect it is even having on electronics generally does not seem to be ending anytime soon.

According to a report from Nikkei Asia, Nintendo is cutting the number of switches it will be producing further down and the company also is falling short of original projections by 20 percent. Nintendo is not the only brand to be hit by the shortages of chips, but it certainly is one of the most affected companies.

The Effects of Chip Shortages on Nintendo

Initially, Nintendo has planned on producing 30 million units as reported by Nikkei Asia. But now it seems that the company will only be producing 24 million units by the end of March which is, of course, short of the 25.5 million numbers it gave to its investors back in May.

The company however insists that the shortage of chips did not cause the switch OLED to miss out on the promised 4K video support. But the effects of this have kept the company from meeting up with its proposed updated projection.

A spokesperson from Nintendo recently told Nikkei Asia that they are aware of the semiconductor shortage and that they are at the moment evaluating the impact on its production. As cited by Nikkei Asia, the switch has seen a 37 percent drop in its sales this September when compared to September last year.

During the Covid 19 pandemic, the demand for switch increased as many people were looking for ways to keep themselves busy at home. The switch was the top-selling console in the US from 2019 to the beginning of 2021. The switch console however was dethroned by the PS5 which sold more money and fewer units compared to the switch console.

Releasing the switch OLED model is a bad mood but also good for the industry. I mean this is an upgraded version of the switch that comes with a better screen and also more storage capacity. But it just doesn’t make sense to release a newer and improved model considering the fact that there is a shortage of chips at the moment.

A newer model in the industry normally means more demand, and this is something that the company should have thought about before the launch of the switch OLED model.

Scalpers already have bought out the switch OLED model and also plan to resell it for outrageously insane prices. With that being said, it totally would not be a surprise if they target the remainder of the switch stock in the coming months. The company already has benefitted enough from the shortage of chips with the situation with the Xbox one x and PlayStation 5.