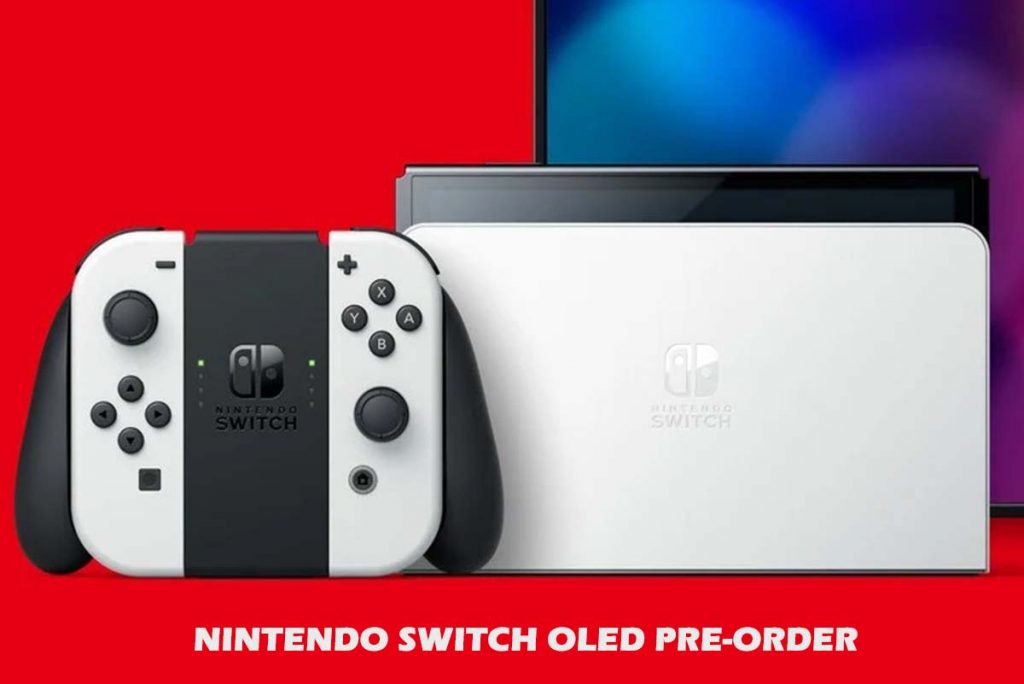 The Nintendo Switch OLED is the latest console from Nintendo. This console is basically the same as the regular Nintendo Switch, the only difference is that it comes with some upgrades. It has a larger 7-inch OLED Screen and a much better Kickstand. It possesses increased internal storage, and just some very small tweaks in the design. This is not the Switch Pro that a lot of Nintendo fans were hoping to see, it is just the bigger and a little bit better and nicer screen version of the switch.

The Nintendo Switch OLED is not a waste of your money as it possesses a bigger and nicer screen compared to the regular switch. And the switch has been priced at $350. The concern with the switch OLED is the screen while staying at the same 720p resolution would just make things stick out and some things would just look jagged.

Nintendo Switch OLED Pre-order Stores in the US

Below you would find details on where to get your hands on Pre-order stores in the United States.

With these online stores, you would be able to get your hands on a Nintendo Switch OLED Pre-order in the United States. Just check in regularly and you might just get lucky and bump into an available Pre-order.