The Nintendo expansion Pack subscription tier is priced at 49.99 annually for an individual’s subscription for around $79.99 for a family membership (compared to $19.99 / $34.99 for a regular Switch online subscription). 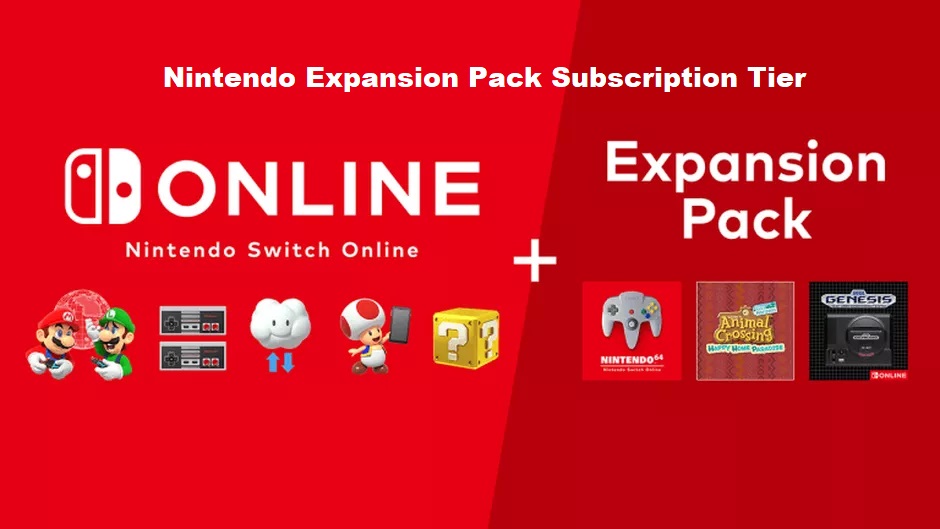 For the extra cash, all the subscribers get to access a much larger back catalog of games. Bothe tiers are expected to include classic NES and Super NES titles like The Legend of Zelda and Super Mario World While the Expansion pack adds games from the Nintendo 64 (like Super Mario 64) and the Sega genesis (Known as the Sega Mega Drive that is outside of North America).

It is priced at 49.99 per year for an individual subscription or $79.99 for a shared family membership. The service is expected to officially launch on the 25th of October.

When the Nintendo Switch Online + Expansion Pack service was launched, the service included some of the most popular N64 games, including Super Mario 64, The Legend of Zelda: Ocarina of Time, and Mario Kart 64. Additional titles like the

Are being planned for release. The higher $49.99 per year places the expansion pack in line with another major cost of subscriptions from competitors like Microsoft Xbox Live and Sony’s PlayStation Plus.

The five new titles that Nintendo added to its expansion pack include the following games. Some of these games might have been one of your favorite Sega Genesis games. They include: