New Zealand to ban smoking permanently for its next generation. The country has planned a 2025 action plan that would prevent those persons who are 14 years and younger today from being able to legally buy cigarettes. 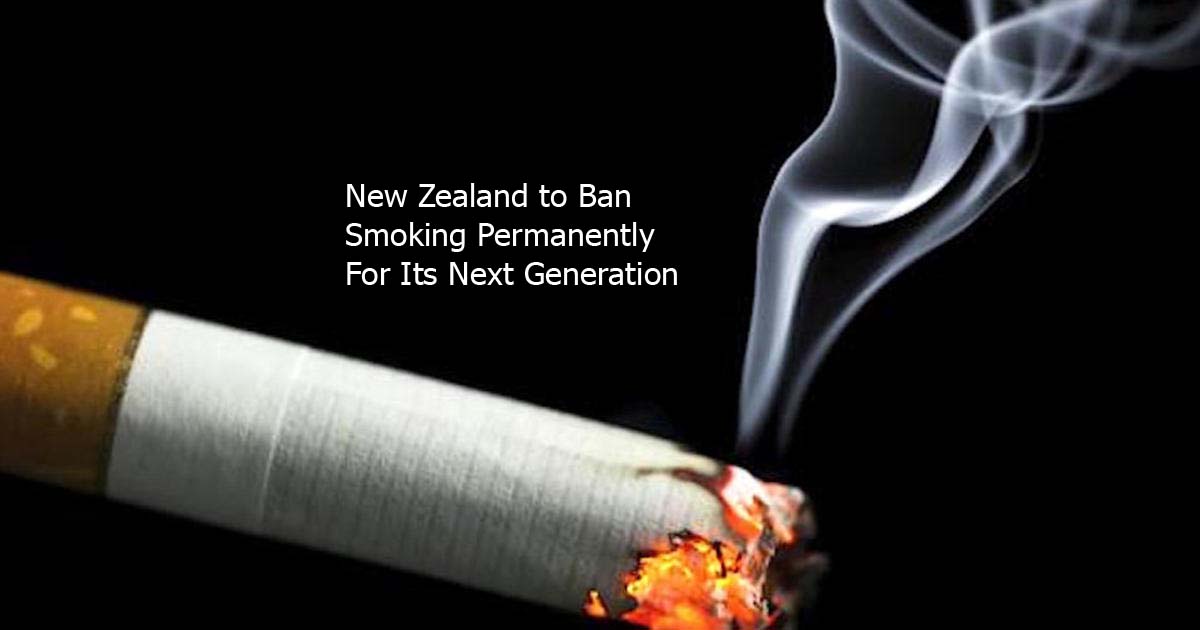 New Zealand to Ban Smoking Permanently For Its Next Generation

Over the past few years, the country (New Zealand) has been praised for being able to prevent the spread of the deadly coronavirus. And now away from all that, the country and its government are now battling another health issue which is tobacco smoking. The government of New Zealand on Wednesday announced a bold plan that would be the toughest on tobacco purchase and consumption in the world ever.

The plan announced on Wednesday was the Smokefree 2025 action plan. And under this plan, the required age for the purchase and consumption of tobacco will increase each year. This plan is structured in such a way that persons who are 14 years of age or younger presently will never legally be able to purchase tobacco.

In a bid to reduce the damage smoking has done to those persons unaffected by the ban, the legal nicotine strength in cigarettes will be greatly reduced in 2025, and also only selected retailers in the region will be able to sell them.

The associate minister of health in New Zealand, Dr. Ayesha Verrall said, “smoking is still the leading cause of preventable death in New Zealand and causes one in four cancers. We have already seen the full impact of the excise tax increase. The government recognizes that going further will not help people quit, it will only further punish smokers who are struggling to kick the habit. That’s why, our plan, released today contains new measures to help us get to our goal.”

Officially, the plan is yet to be legislated but it is however expected to pass easily due to the majority of the ruling party’s parliament.

Other Regions of the World with Strict Tobacco Laws

Many countries and places in the world have put laws in action that was designed to truncate the consumption of tobacco and such law is Bhutan’s law of 2004 that made it illegal to smoke in public places. New Zealand however would be the very first country in the world to outlaw tobacco smoking entirely.

Chris Bullen, the professor of public health at the University of Auckland says, “the action plan is very good news. If implemented as outlined, it could just be the single most significant step we take as a nation to reducing preventable death and disease and reducing health inequities in the next few years.”

There is however a slight loophole in the country’s plan as vaping will not be affected by the new lay. Prime minister Jacinda Arden on Wednesday told journalists that, “we see vaping being used by people as a tool to stop smoking, and that enables us to push ahead with further activity to reduce down smoking because there is an alternative.