New solar roof game-changer that costs 50% less than Telsa’s and it also nails right into your roof. Launched at the CES 2022 event, this new solar shingle goes into places all with just the aid of a nail gun, and here’s why it could be a great deal to you. 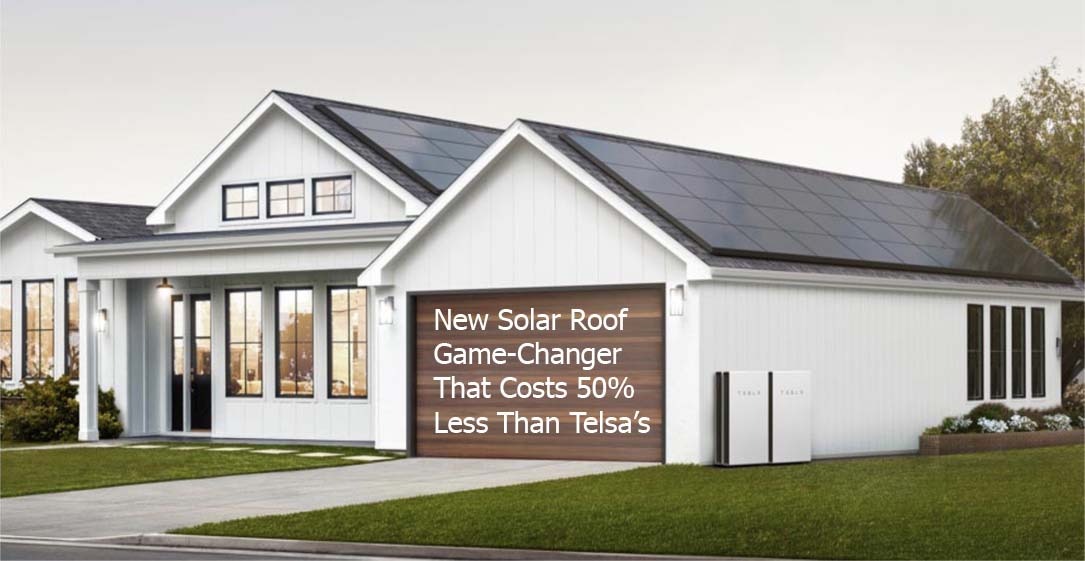 What if I told you that you could get a faster, easier, and also crazily cheaper installation of your solar roof? GAF energy, a solar roofing giant has got just what you are looking for. at the CES 2022, a subsidiary of standard industries and sister company to roofing giant GAF, GAF energy introduced a new solar shingle known as Timberline.

The Timberline can be installed directly onto your roof using a nail gun. This simply means easier installation at cheaper rates. And according to a spokesperson from GAF energy the solar shingles comes in at about half of the price of Telsa’s solar roof.

Timberline Is Traditionally Easy To Install

And since the timberline and Telsa’s solar roof can both be installed with a nail gun, the solar shingles of timberline can be installed easily with traditional shingles. Also, they can be incorporated with GAF shingles in a bid to create a solar roof. A GAF spokesperson said that install times are “consistently…half that required for rack-mounted solar” and also at a comparable cost.

The claim by the company however is significant as the installation is typically the biggest expense for residential solar energy networks and systems.

Components of the Timberline Solar Product

Due to its low profile, the electrical components and wiring of the panels are located at the top of the shingle. For the sole reason it makes for easy servicing, the company affirmed. However, this also means that while the shingles are less than a quarter thick of an inch, the conduit for the wiring is visible.

Shingles from GAF go on a lot of roofs. The company affirms that their singles go on 1.4 million roofs each year. It will however be very interesting to see if easy-to-install products paired with a large network boost the adoption of solar energy just as the company hopes.