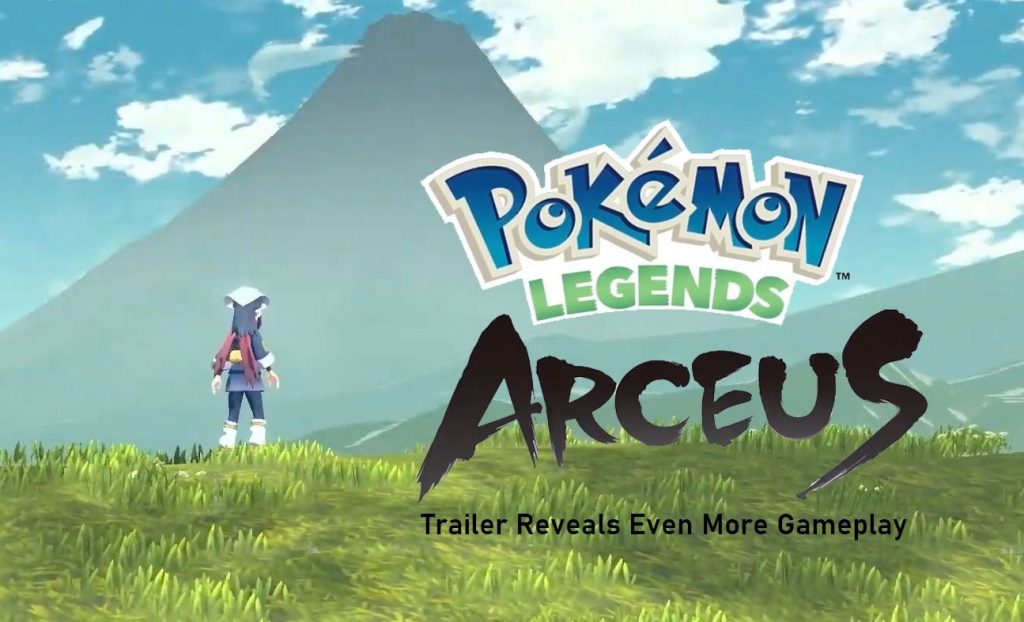 Recently, Nintendo published an overview trailer for the new Pokémon Legends: Arceus, and it happens to go over how players get to interact with the Pokémon in the game.

This trailer actually is the second overview trailer that we have recently seen for the Pokémon Legends: Arceus. The very first one gave us a look at some of the central gameplay concepts, while this one offers us more of the title in a much broader stroke. The two trailers clock in at over six minutes, so the two of them are both worth a watch if you are interested in checking out Pokémon Legends: Arceus when it officially launched at the end of the week.

This latest overview trailer offers us ideas on how mission structure would be working in the game. Players will be going into the Untamed wilderness of the Hisui region to study Pokémon, and they would be given various tasks to complete while they are out there. Let’s say, some tasks might involve you catching a Pokémon some number of times or probably watching it carry out some moves.

Players get to set out on Excursions from base camp, which is also where they would be able to rest up and heal their Pokémon. Professor Laventon would be at base camps as well, and he would be able to log players’ research when they have finished in the field.

Just as most of us are aware already, Jubilife Village will serve as the hub town for Pokémon Legends: Arceus. We already knew that players would be able to purchase and craft items in jubilife villages, but this trailer reveals that the town would play host to the headquarters of the galaxy Expedition Team also. Players would be required to work their way through the ranks of the Galaxy Expedition team by completing missions, becoming a more advanced researcher, and will open up new areas of the Hisui region for players to explore.

Just like the gameplay overview states, this trailer would show us the transport Pokémon and how we would be able to make use of the region. It also shows off more gameplay footage with the Noble Pokémon, which need to be claimed through balms and Pokémon battles. This interesting new overview shows off shops like clothier and the photography Studio, along with pastures where players get to keep the Pokémon that they have caught.

With two overview trailers already under the belt, by now a lot of us have a fairly good grasp on what we would be expecting from Pokémon legends: Arceus. It is only just someday left before the game would be out and we can collectively unravel all of its mysteries. Look for Pokémon legends: Arceus is expected to launch for the Nintendo Switch on January 28th, 2022.