Someone must really care about the Motorola foldable phones as Motorola First-Gen Foldable Razr is Being Updated with Android 11. People literally must have forgotten about Motorola’s folding phones as a result of the new shiny ones announced by giant tech companies like Samsung. However, someone still cares enough to have started updating Motorola’s first-gen foldable Razr with android 11. 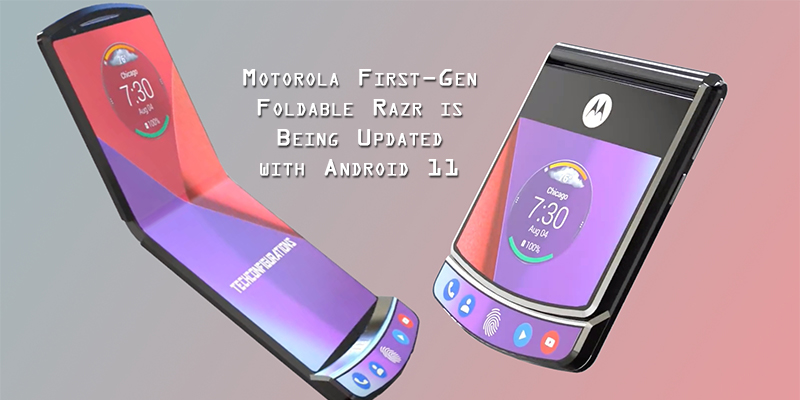 Take note, a new OS update has been released for the 2019 Motorola Razr. This update has brought the device from the release version to Android version 11. According to an article on the verge, the OS that started hitting pixels in September of 2020 is the one that became available for the Razr today.

Motorola First-Gen Foldable Razr is Being Updated with Android 11

Take note, the original Razr reboot and the Razr 5G became available in 2020.  The first one was however announced in 2019 hence, we are referring to it as the 2019 Razr to help avoid confusion between it and the Razr 5G.

Anyone could literally say the update for the 2019 Razr is woefully late. However, we should consider the fact that according to a report from Motorola’s update page and Android Police, Android 11 started rolling out to the much better 2020 Razr 5G sometime between April and May.

An interesting fact is that Motorola’s update issues aren’t limited to its foldable phones. Many of Motorola’s recent phones only come with the promise of two years of security updates with a few higher-end ones getting major OS updates.

Given the fact that the 2019 Motorola’s Razr already got an upgrade to android 10 during May 2020, the update recently puts it at two feature updates. Trust me, this is way better than what the company promises for some of its non-folding phones. This should be so given the fact that Motorola promises two years of security updates for a cost between $160 and $400 and the 2019 Motorola Razr was worth $1,500. This, however, isn’t to say that a phone worth $400 should only get two years of update.